“Oh, that amazing movie? Yeah, I helped make it when I was 19. What did YOU do in college?” It comes only once in a college student’s life: the opportunity to create a real, actual feature film that stars real, actual actors.

Scratch that, it hardly ever happens. And certainly not this early in their pre-careers.

Yet! VCUarts Cinema students are gripping, producing, wardrobing, and basically everything else-ing a new production of Macbeth, directed by Angus Macfadyen. When their year began, they had no idea that in a couple of months, they’d be on a movie shoot, learning by doing. And doing it all super well!

“Macbeth in the back of a limo”

Macfadyen, who you may remember from Braveheart, found himself in Richmond, Virginia, like all the luckiest people do. He’s in TURN, the AMC show that’s the latest to be filmed in our environs. And he had a fantastic idea. 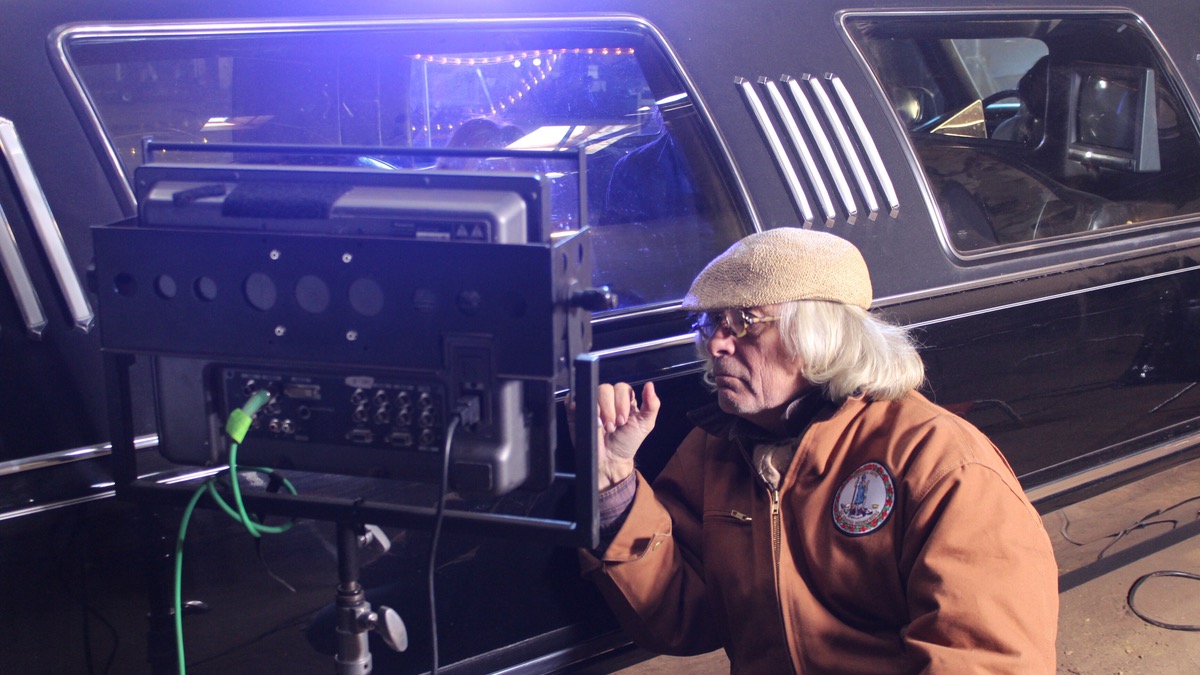 Said Rob Tregenza, Cinema department head and executive producer of Macbeth, “Angus came to the cinema program with four scripts. Our casting director and I decided that with the resources we had, Macbeth was the right one for us.” It’s a great deal for Macfadyen–he’s got a built-in crew, a sweet location, professional equipment, and a whole stable of actor colleagues from TURN at his disposal.1

The elevator pitch for his vision of the Scottish Play (er, Movie) is “Macbeth in the back of a limo.” Perfecto, because while VCUarts may have some nice 35mm cameras, they’re certainly not operating on an unlimited budget and, perhaps more importantly, unlimited time. With this film, they can reduce costs significantly by literally shooting a huge chunk in one spot, even if it is a challenging spot, like the interior of a luxury automobile. 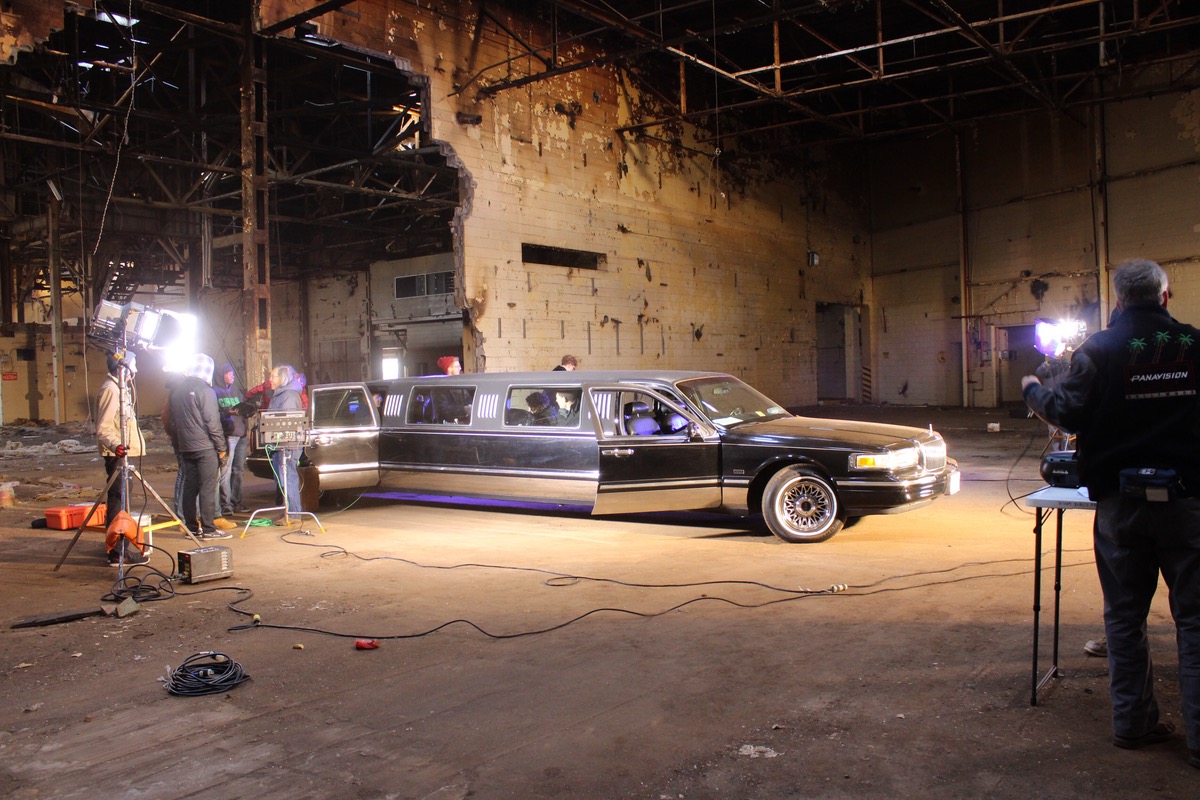 That limo, by the way, is a good symbol of the changing filmmaking industry (and a great symbol of how The Kids fit right in). “We found it on Craigslist,” Tregenza said. “Production has changed with cell phones and the internet. It’s amazing how quickly we can put things together. In the old days, just to find a limo would have been a two-month process. But [we] found it in something like three days.” It’s an environment that’s evolving, a perfect place for people born in the latter half of the 90s. (Yep, the LATE 90s. Don’t think about it.)

Hyekang Shin, a senior who’s majoring in accounting also, just barely made it into what could be the biggest jump-start he’ll get as a young person in the film industry. Not that his abilities were called into question. On the contrary, he’s one of the film’s associate producers as well as an editor in post-production–many of the students serve double roles, but he just could have just narrowly missed this opportunity.

“I know a few graduates who have said “Oh man, I can’t believe this happened after I left,” says Shin, laughing a little guiltily. He’s going to miss the frenetic pace after he’s finished (the program is only three years). Right now, they’re shooting on weekends and managing the rest of their college workload, which must include a double major–that’s part of the VCUarts Cinema deal. He had worried about the freshmen being able to keep up, but has been astonished at how intensely they’ve put their hearts into it. 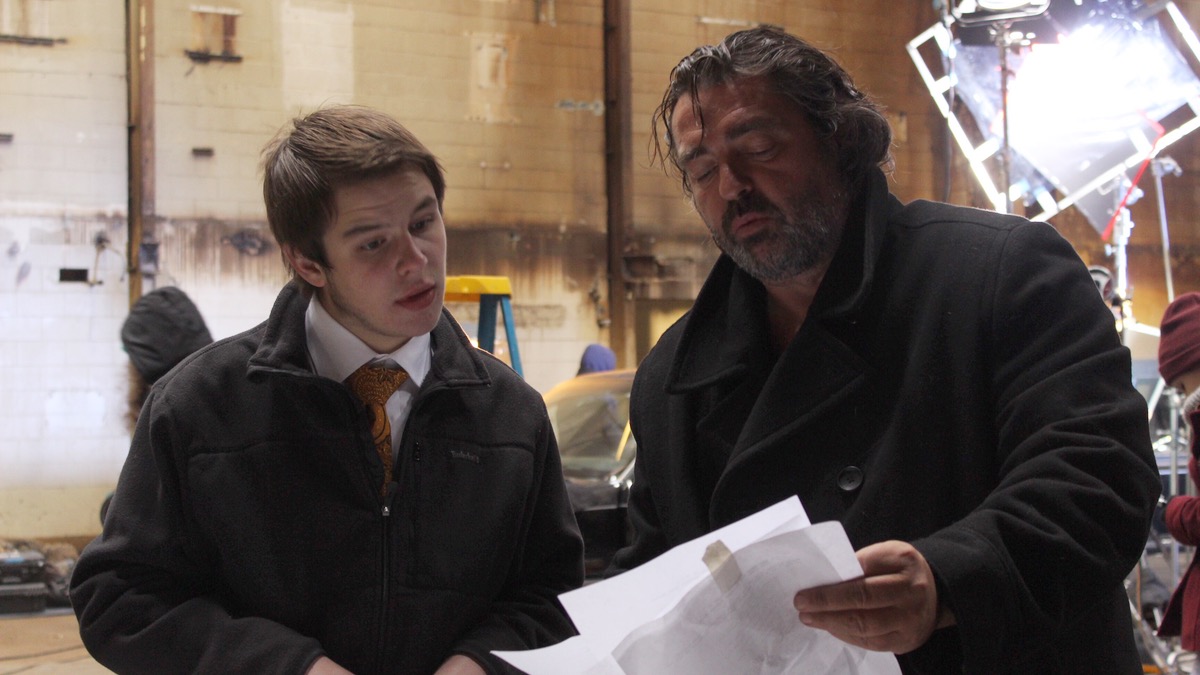 And it’s not even that weird, working with seasoned professionals. “I thought that we’d meet these professionals who have been doing this for years, and we’d have to work through an awkward phase of not knowing each other and being afraid of messing up. But it actually was a very quick transition to being very comfortable and just understanding and telling Angus’s story. I don’t know how and I don’t know why, but everyone got very comfortable and close very quickly,” said Shin. “And when I first got into it, I thought it would just be a small, student-made movie that wasn’t going to get any attention, but now people are asking me about it all the time.” (People like me, bothering a college student who probably had to stop riding his hoverboard on the way to the Model UN Space Edition long enough to accept a call on his brain-phone implant.) (JK, Shin called me at EXACTLY the requested time, presumably on a regular cell phone, although I can’t confirm that for sure.)

Watch out for Hyekang Shin, by the way. He and his VCUarts Cinema brethren are going to probably take over Hollywood, and I’m not joking. The tools they have and the on-the-job experience they’ve earned gives them an enormous leg-up against their peers. “You go to film schools and they’ll say ‘We’ll teach you what we can,'” said Rob Tregenza, “But then you have to spend eight to ten years on a set. Even though you have the enthusiasm and the energy and the desire, the industry doesn’t let you work with real actors and sets. Here they get a chance to contribute, not just as PAs carrying coffee around. I think if you give people the opportunity to excel, they more often than not will. I think they’ll excel as artists and professionals and be ready to do film in Virginia a lot faster.”

“The perfect marriage of public and private co-ownership of intellectual property.”

The Virginia Film Office–who also, obviously, were behind TURN and every other series or film shot in Virginia–jumped at the chance to help make the project happen. That sounds like I’m sugarcoating their involvement, but Andy Edmunds, the Director of the VFO, was so enthusiastic about Macbeth and so inspiring about the Virginia film scene that I instantly tried to hit him up for a job.2

“So Angus has this idea for Macbeth, but the nature of the thing he was trying to do would never have made it through Hollywood, probably. But in an academic pursuit, it’s the perfect marriage of public and private co-ownership of intellectual property,” my Future Boss said. Not only does VCU have access to a lot of resources, but many of its graduates were crew members for TURN, so the connections were made and the contracts drawn up. 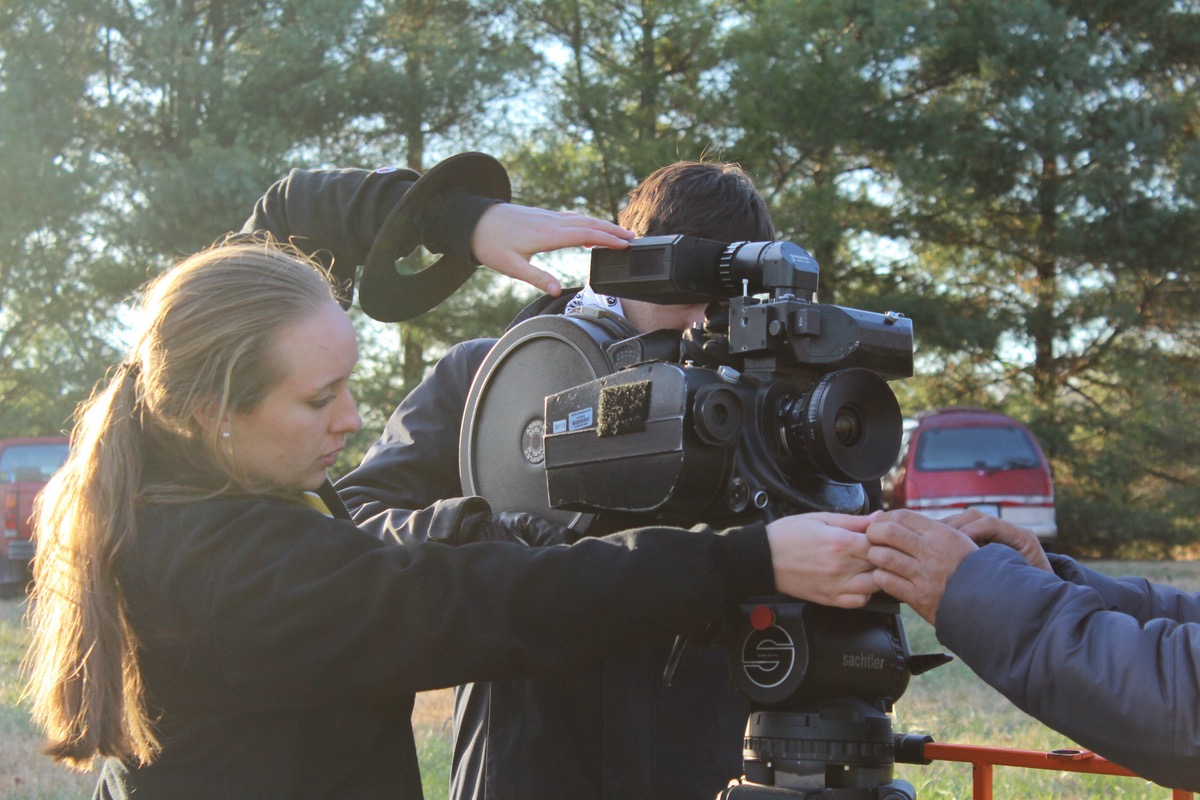 Edmunds relishes the relationship with VCUarts, and not just because it’s good for the kids and good for the world, but because it demonstrates to their clients that they’re invested in workforce development for the future of the industry. “VCUarts Cinema is one of the premiere cinema programs in the state, (there are 32 statewide) and we want to give the young people an opportunity to work in this field and keep their skills in the Commonwealth.” Very smart, Virginia Film Office. Very smart. And probably what you’re funded to do.

Unfortunately, we won’t be able to see the fruits of everyone’s labor until much later this year, but that just gives you lots of time to figure out what you’ll wear to the premiere. Time and place, TBA.

Best of luck to all involved, and we are full of pride and not just a little envy.