Next weekend on March 21st – 22nd, homes like the Maymont Mansion, the White House of the Confederacy, the Virginia House, and Agecroft Hall (full list below) will be open, free of charge! Next weekend, an astonishing number of house museums in the Richmond area, throw open their doors and allow we, the riff-raff to sully their historic floors. Well, technically their doors weren’t closed to us beofre, and certainly, they don’t consider us riff-raff. On the contrary, the staff of these homes-turned-historical-treasures bend over backwards in order to educate and delight us at the same time.

Saturday, March 21st and Sunday, March 22nd, homes like the Maymont Mansion, the White House of the Confederacy, the Virginia House, and Agecroft Hall (full list below) will be open according to their normal schedules, free of charge!

It’s the Time Travelers weekend! A free weekend of Richmond history. This collaboration between house museums borrowed the idea of a history passport from the Virginia Association of Museums. You show your passport, you get in for free, and you get a stamp!

“A lot of times we don’t take advantage of what’s in our own backyard,” says Nancy Lowden, Maymont’s Historical Program Manager. “A lot of Richmonders will travel to DC to see museums, but they don’t know about the Wickham House or the Maymont mansion!”

Lowden points out that, if you attempted to visit each house chronologically, you’d have to start as far back as the 16th century (and in another continent!) with Agecroft Hall and Virginia House. She wasn’t convinced it could be done over the course of the weekend, but I challenge all of us to prove this very, very nice lady wrong!

“All of these museums are very dynamic. We work hard to stay aware of the ways people want to be entertained,” says Lowden, referring to the digital tour companions (that’s what I call “apps” these days) many of the house museums (including Maymont) are working on.

I tried to get Lowden to admit that there was some competition over which house could attract the most visitors, but she was either too gracious to admit it, or it’s really true what she said, “There are so many house museums, it’s so much better to work with each other than in competition.”

Maymont’s directing their efforts and attention towards women’s history this month–showing modern guy and gals what the landscape looked like for women back at the turn of the 20th century, when women were just emerging from their centuries-old dictum to have babies and clean. Professions were now possible, the vote was on the horizon, and people would maybe start to begin to take us seriously! 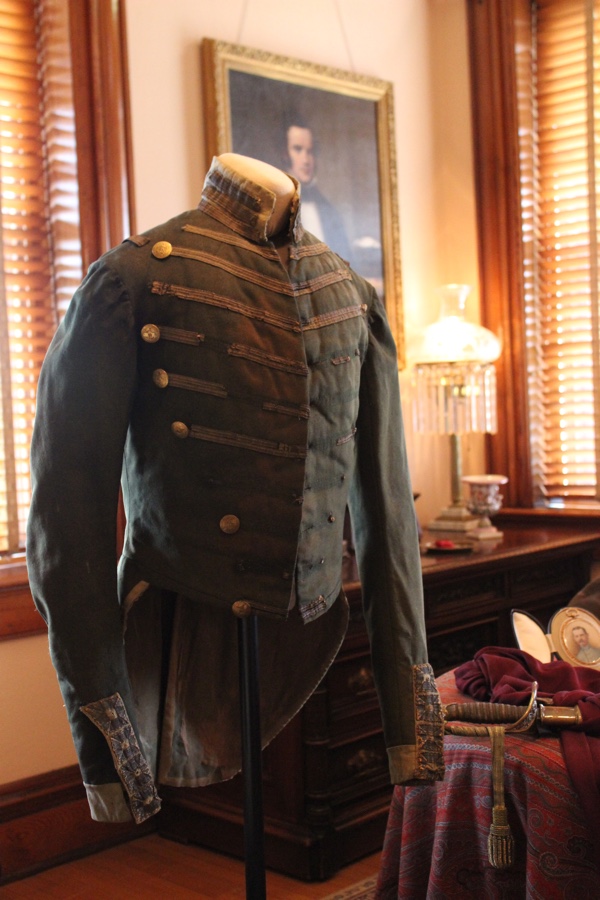 Historical interpreters will be roaming around, urging you to vote for women’s suffrage and sporting female cycling trends of the day. Do not ruin their hope by telling them that we still have a long way to go before gender equality is a real thing, BUT do accept their invitations to tour mansion. With your passport, it’s free, and you’ll have a chance to view the uniform of Major James Dooley’s father, John Dooley, a member of the Montgomery Guard uniform, an Irish-American military reserve in Richmond who wore green wool jackets before they sort of were blended into the Confederate army.1 All this, just after you’ve learned a lot about Irish culture and history. Fantastic!

Find out more about John Dooley and the experience of being Irish in Richmond at a special event on Thursday, March 19th.

Enjoy the old and the new together as one at Maymont and the other nine houses for zero dollars, once you’ve downloaded your passport. Families are welcome and encouraged, and activities will abound.