Tough week for movies, what with all the Olympic Events, Downton Abbey, and House of Cards. We did, however, both make it out to actual theaters to knock some films off our must-watch list. And we recommend you do the same. How many movies can you name that are based on toys and are also awesome? Transformers? Nope. G.I. Joe? Nope. LEGO? Nope–wait…yes?

Seriously! The LEGO Movie is surprising in all sorts of ways: it’s well written, beautifully animated, and appeals to multiple generations of LEGO fans. It all starts with a brilliant cast of, basically, everyone: Chris Pratt, Will Ferrell, Elizabeth Banks, Will Arnett, Nick Offerman, Liam Neeson, and Morgan Freeman (plus, as is his wont, a cameo by Channing Tatum). The script is funny, like really, truly funny–to the point that my five-year-old had to shush me at a couple of points because I have a dumb, loud laugh. Supporting plenty of sight gags and really great jokes is a basic action adventure plot that’s got enough to keep adults entertained but still not lose kids in its twists and turns. It’s definitely going on my my newly created list of preschooler-appropriate action adventure movies.1

Oh, and the featured song, Everything is Awesome, is both…awesome…and incredibly catchy (performed by Tegan and Sarah!). Listen at your own risk. –R 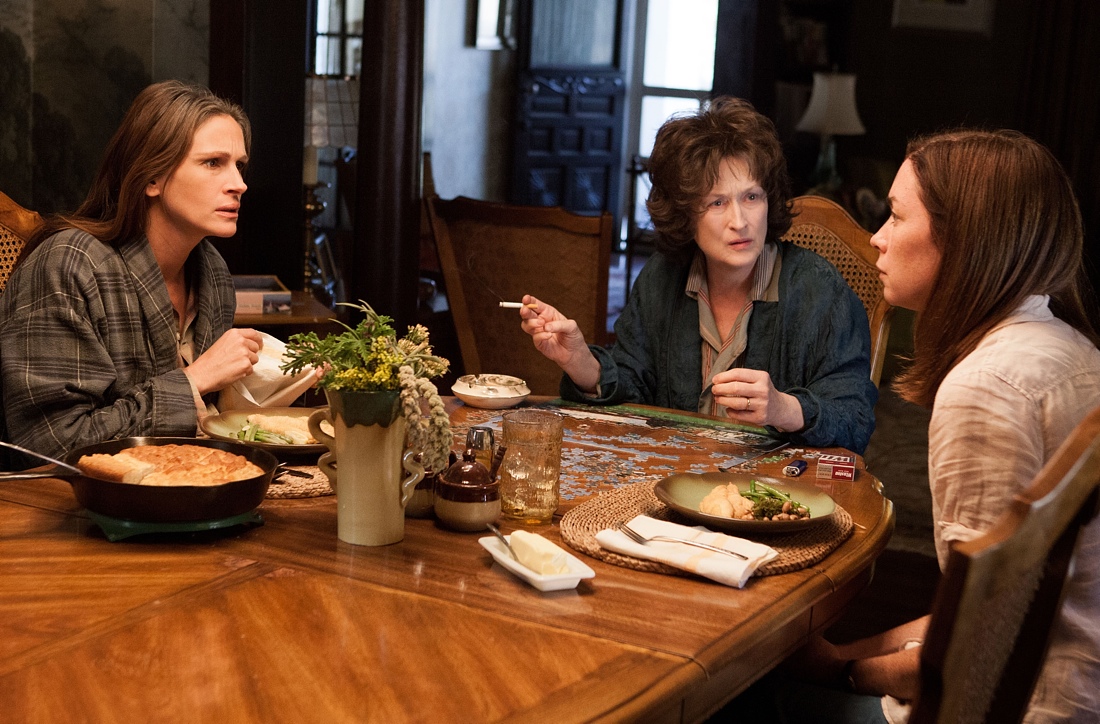 Think your mother’s difficult? Think your siblings have grown a little distant? Think again, Buster Brown! When the only person even loosely holding the Weston family together dies, Barbara (Julia Roberts), Ivy (Julianne Nicholson), and Karen (Juliette Lewis) have to come to terms with their general dislike for their seriously impossible mom, Violet (Meryl Streep). Oh, and some aunts and uncles and cousins bring their own little dysfunctional bits to the picture.

Based on an award-winning Tracy Letts play of the same name, this John Wells masterpiece does a lot that the stage can’t do (sorry, theater kids), while still preserving the thinkpiece feel of it all. At its core are the intimidating performances of Roberts and Streep. The latter, well, she is probably incapable of doing anything mediocre. The former…is she the new latter?? I tend to overlook Julia Roberts as a talented romantic comedy star, but that’s probably a BIG mistake. HUGE. The rest of the film is held together with a commitment to tone–swelteringly bright sunshine outside and stuffy, dark unresolved conflict inside. Powerful isn’t even quite enough of a word for it. I felt like I was going to walk out of the theater smelling like dry Oklahoma grass and cursing like a sailor. It was intense.–S 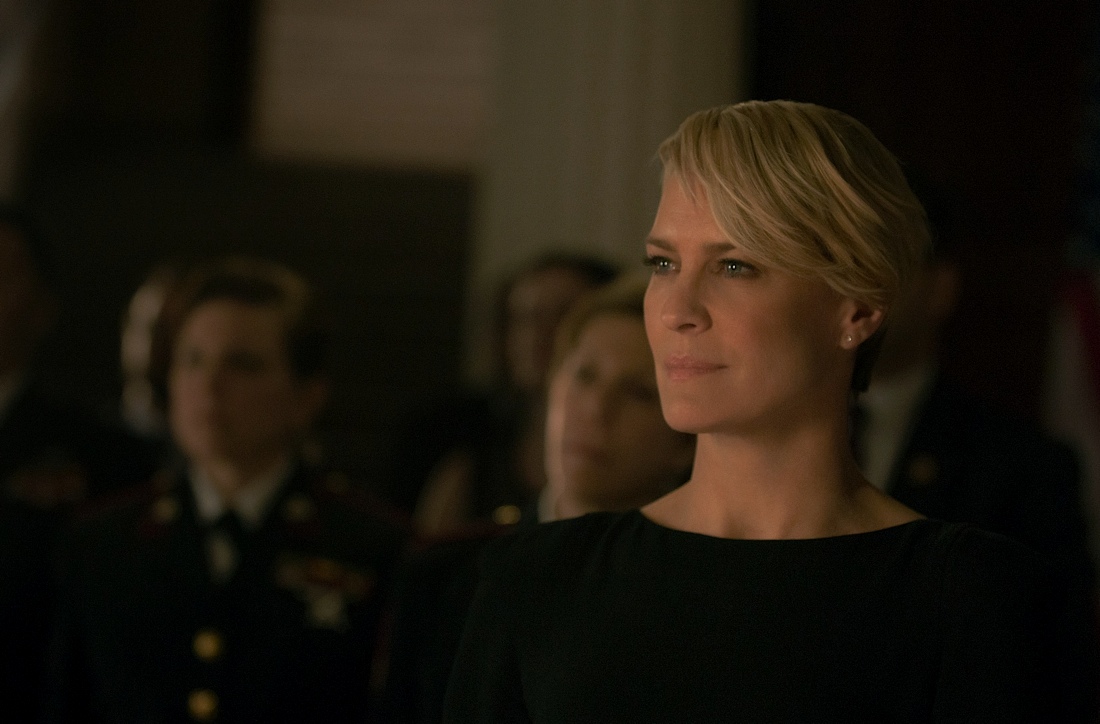 It’s hard not to love Netflix’s current model of original programing: release an entire season of a show on a single day and watch productivity drop across America. It makes for wonderful binge watching–which is the only way to watch, if you ask me.

House of Cards season two just dropped this past Friday (Valentine’s Day), and the Catrow household has been working hard to put a dent in its 13 episodes. If you’re unfamiliar with the premise, House of Cards is like the Game of Thrones version of The West Wing. Kevin Spacey stars as an absolutely terrible human being / congressperson that, for some reason, you’ll still root for. Inexplicably. –R