Science on your lunch break: This week, the beauty of quarks

The Science Museum of Virginia has been doing a free lunchtime series almost every single week for more than a decade, with world-class speakers, timely topics, and all sorts of fascinating information for even the least science-minded. A gift for us…just because they love science! Lunch Break Science, the free lunchtime series presented by the Science Museum of Virginia, features world-class speakers, timely topics, and all sorts of fascinating information for even the least science-minded. A gift for us…just because the SMV loves science and wants us to love it too! Guys, this makes me want to go, “Aww!”

David Olli, Live Science Catalyst at the Science Museum of Virginia, has been coming up with entertaining and informative speakers for ten years. Every Wednesday at noon. Almost without fail. (They take a couple of weeks off a year for Thanksgiving and Christmas and the like, but don’t hold it against them. They’re often rescheduled, anyway). “We’ll cover things that are in the news, things that are topical, and some things that are controversial,” says Olli, who assures me that Lunch Break Science is for everyone. This is wonderful news, as some of us are English majors who have heard vaguely of “science” but can’t quite place its meaning.

I was unconvinced, as the next scheduled speaker is Dr. Raul Briceno a theoretical physicist from the Jefferson Lab. That’s intimidating enough as it is, without the lecture being called “The Exotic World of Quarks.” But speaking with Dr. Briceno is like speaking to a regular, down-to-earth guy. So what if his head contains a magical city of genius knowledge? His head also contains quarks, which he’s going to tell us all about this Wednesday!

And Dr. Briceno doesn’t want us to be intimidated–that’s the very opposite of his goal. “I hope to at least convery in very broad-stroke pictures why nuclear physics is interesting, what are the most important things we’ve learned in the past 30-40 years, why we’re still doing research. There are a lot of open questions that we don’t know the answer to.” We don’t get a lot of quark-talk in high school science, which is a bummer, as they make up our very selves. “We are made out of this stuff. It’s very small, and it behaves in very weird ways, but it is the stuff that we’re made out of.”

Originally from Venezuela, Dr. Briceno has been living in the States since the age of 15. The only scientist in his family, he’s become proficient at making science interesting to the layman. “In a sense, I feel like that’s part of our job,” he says. “Everything I’m able to do is because of taxpayer money, so I want to be able to explain why the study of how our universe began and what it’s made out of is worth it.” 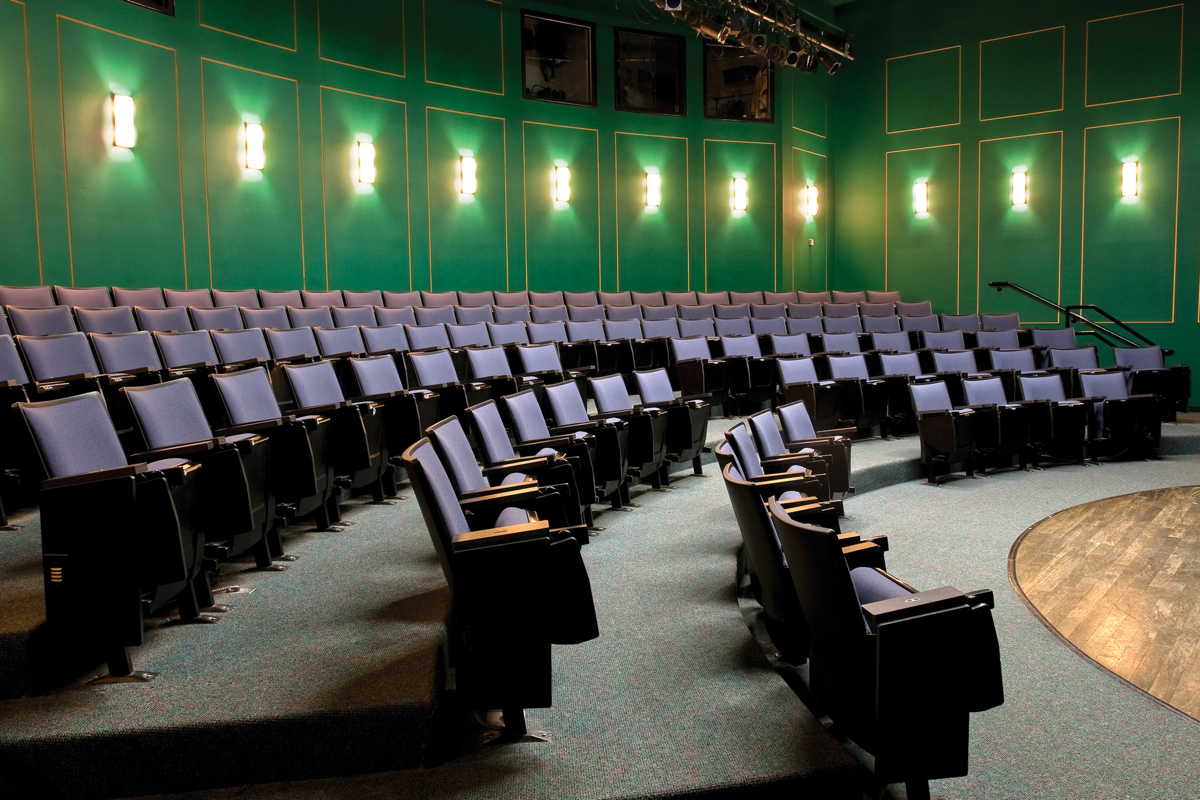 The Thalhimer Theater, where we will be seeing you for lunch on Wednesday! Photo by: Michael Waine Photography

Dr. Briceno speaks on Wednesday, April 29th, but in case you miss it, there’s plenty more. One a week, in fact.

When I asked him for his favorites of the upcoming list, David Olli had a hard time picking just one. He’s excited about Tee Clarkson (July 29th), an outdoor writer for the Times-Dispatch, who he knows will give a good presentation. Max Hepp-Buchanan of SportBackers’ Bike Walk RVA is an example of a very topical presenter, and of course, Kelly Walker from Chocolates by Kelly is a crowd favorite (the science of chocolatiering, including samples!?!)–there’s a lot on the docket for the next couple of months.

Check out the schedule for the next few months and start planning your brown bag lunch. Lunch Break Science has the boring “eat at your desk” routine beat.