The first month of fall publishing season is upon us. Bring on the books!

Empty Mansions: The Mysterious Life of Huguette Clark and the Spending of a Great American Fortune 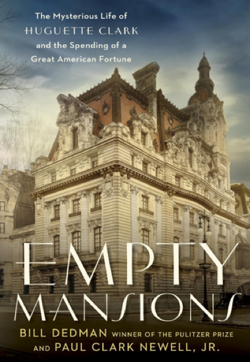 In 2009, Bill Dedman noticed a massive home for sale and, though it was far out of his price range, was instantly intrigued by its near-perfect preservation. The home piqued Dedman’s journalistic curiosity and was the starting point for his journey into the life of Huguette Clark, the daughter of Gilded Age industrialist W.A. Clark. In Empty Mansions, Dedman pairs with Clark’s cousin Paul Clark Newell, Jr. to collect the pieces of Huguette’s past, highlighting her family’s place in history along the way.

The early pages of Empty Mansions explore the extravagance of the Clark family at its height before digging into the family’s rise and eventually focusing on Huguette’s seclusion in later chapters. Each section is fascinating in its own way, making it possible for readers with different interests to enjoy the book as a whole. The Clark family’s wealth is absolutely mind boggling, despite the numerous examples and modern comparisons Dedman and Newell give. Their New York mansion, finished in 1911, would have cost close to $250 million today-more than Rockefeller and Carnegie’s homes combined. But the cost of the home was minimal, roughly the profits from one Clark copper mine over two years. Those interested in history will love the book’s section on W.A. Clark’s political career. His time as a state senator was wrapped in scandal and became the epitome of Gilded Age politics, even earning criticism from Mark Twain.

As the book comes to a close, Dedman and Newell dig into the final, reclusive years of Huguette Clark’s life and the shocking ways she chose to spend her family’s fortune prior to her death at 104. Endlessly enchanting and mysterious, Empty Mansions is both a captivating story of rising power and a portrait of life under the thumb of extravagance.

Five Days at Memorial: Life and Death in a Storm-Ravaged Hospital 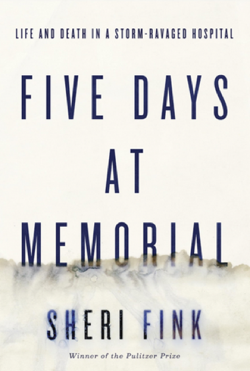 While post-Katrina news stories were focused on looting in the streets of New Orleans and the horrendous conditions inside the Superdome, the city’s hospitals were also at the center of chaos. At Memorial Medical Center, floodwaters rose to the point of cutting power, eliminating both air conditioning and life-sustaining devices and stranding caregivers. In Five Days at Memorial, Sheri Fink records attempts to evacuate the hospital and the ensuing triage decisions made by the medical staff that would come to haunt Memorial long after the waters receded.

Fink’s book builds from a paced introduction of the hospital’s history and staff to the heightened tension found in a page-turning courtroom drama. Along the way, she tells the stories of patients, nurses, doctors and families–shining light into each corner of the multifaceted tale that makes up the five days spent in Memorial Medical Center. Truly deserving of her Pulitzer Prize, Fink relays each account as its own truth, without injecting bias, leaving the reader to come to a conclusion in the situation’s harrowing ethical dilemmas.

Sheri Fink’s six years of work is evident on every carefully researched page of her book, as is her determination to truthfully portray all of those involved. Filled with heartbreak and even moments of careful hope, Five Days at Memorial is a peek into the full spectrum of emotion felt both in and outside the hospital walls.

My Heart is an Idiot: Essays 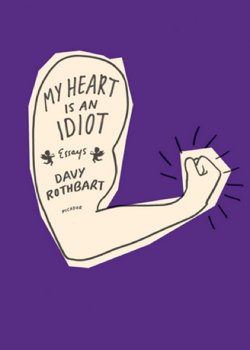 Davy Rothbart, founder of FOUND Magazine, has spent his life frantically searching for love but finding it at the wrong times and in the wrong places. In his collection of essays, My Heart is an Idiot, Rothbart recounts the best and worst of the situations he encountered in his journey toward meaningful connections.

As a Michigan native, reading through Rothbart’s collection was like taking a trip back home. I had forgotten he was from Ann Arbor until I caught mention of Cedar Point, followed by Bell’s Brewery and a slew of other familiar places. But even when Rothbart’s stories had him traveling across the country or stranded in a city I had never heard of, his voice rang familiar. The stories in My Heart is an Idiot range from childhood antics with his deaf mother, to fleeting love at first sight on an airplane and misadventures in long distance, unknown relationships–yet they always feel genuine.

Surprisingly, the essay that stands out in My Heart is an Idiot has little to do with love and much more to do with friendship. In The Strongest Man in the World, Rothbart details an annual visit to Crossroads Correctional Center, where his friend is serving a life sentence for murder. It becomes clear that, while he certainly has a talent for finding humor in what might otherwise be odd or mundane, Rothbart’s writing is just as capable of taking a serious tone.

I unexpectedly saw Davy open for one of my favorite musicians, John Vanderslice, back in 2005 and was totally impressed. Since then, I’ve seen his career take off, but this is the first time I’ve picked up one of his books– it certainly won’t be the last.

If you’re in the Richmond area, you can join me in catching Davy’s tour as it stops at Balliceaux on September 22nd, sponsored by Chop Suey Books.

The Dark Path: A Memoir 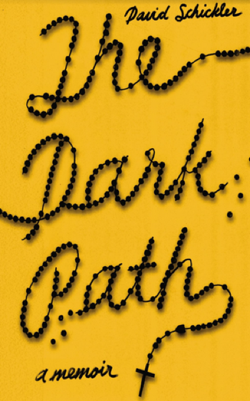 Raised in a strictly Catholic family in upstate New York, author David Schickler long dreamed of being a priest. But as he grew older, he realized that his love and desire for women might prove to be a challenge to his goal. Schickler recalls this personal battle in his hilarious, heartfelt memoir The Dark Path.

Schickler had me from the first page of The Dark Path, as a ten year-old sitting in a pew, staring at his “wife”, tagged as such because she also has a four syllable last name ending in –er. As he carries readers through his teenage years, where he begins to battle over his course in life, he introduces his hilarious idiosyncrasies and endearing quirks. Schickler’s best flirting is learned from the Grease soundtrack, courtesy of his house full of sisters, and his most intimate conversations are the brutally honest heart-to-hearts he has with God.

Schickler’s struggle continues in college, where he parties with his hard-drinking friends and non-religious girlfriend, but sneaks away to explore life as a Jesuit priest. Constantly pushing back his ultimate decision, but feeling increasing pressure to choose, Schickler begins to lose control before a radical change is able to ground him.

While it’s framed around religion, David Schickler’s memoir is less about Catholicism and more about finding yourself, despite where you imagined you might be. Believers and non-believers alike will find unforgettable honesty journeying along The Dark Path. 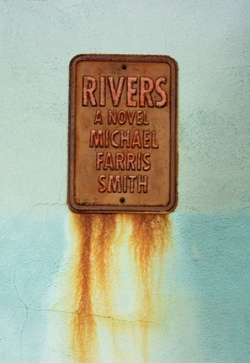 Following years of devastating storms, the new boundary line for the United States has been drawn ninety miles north of the Gulf Coast. The government is no longer able to provide services or protection for people living in the storm ravaged areas, leaving them to their own devices. Cohen is bound to his Mississippi home by the loss of his wife and unborn child, but is forced to leave his land when his supplies are stolen by a pair of young thieves. While tracking them down, he discovers a group of survivors led by a disturbing preacher determined to breathe life to the area through the women he is holding captive. Faced with the task of saving the preacher’s victims and heading north, but restricted by his past and his secrets, Cohen makes his journey through the relentless landscape of Michael Farris Smith’s Rivers.

The pages of Smith’s novel are filled with the deceptively simple, richly layered sentences that trace his characters’ thoughts, both past and present. While much of Rivers is true to the grim tones common in dystopian fiction, there is a thread of hope running through the novel directly connected to Smith’s brilliantly developed characters. It is that thread that leads readers along what might otherwise be a path too bleak to take:

While attempts to compare and pigeonhole Rivers will surely be made, there is much more to Smith’s novel than surface level similarities. One of the most hauntingly distinctive aspects of the novel is its realistic setting. Though seemingly endless apocalyptic stories have been written in recent years, the depleted and divided land Smith creates does not feel far off. Rather than wandering an Earth scorched by a mysterious disease or unknown savagery, Cohen is plagued by the same disastrous storms Americans encounter today. 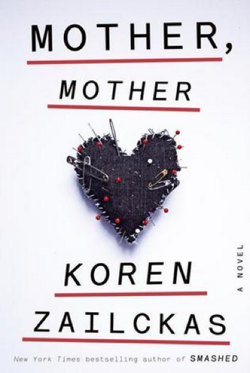 Josephine Hurst has done a stellar job holding up the facade of her perfectly successful family until her oldest daughter, Rose, runs away with an elusive boyfriend. Soon, her daughter Violet has joined her hippie friends in taking hallucinogenic drug trips and exploring Eastern religions. Convinced her husband is involved in a torrid affair, Josephine turns to her young son William as her pillar of strength, keeping him under strict control in a last ditch effort to save her family.

As the Hurst family secrets are slowly revealed in Violet and William’s alternating chapters, it becomes clear that the reliability of Mother, Mother’s narrators and their caretakers stand on shaky ground. Following a violent incident in the home, Violet is hospitalized under psychological care, unsure if she committed the crime her family is accusing her of. Will, recently moved to homeschool for his own safety, feels crushed under the pressure of pleasing his mother without alienating everyone around him.

In a carefully layered, dark tale of psychological control, Koren Zailckas twists her American family to the breaking point. A perfectly creepy book for snuggling up through Fall, Mother, Mother becomes compulsively readable as the Hurst’s secrets and lies collide in its bold conclusion.