September brings a pile of new books from masters of fiction and gatherers of data. 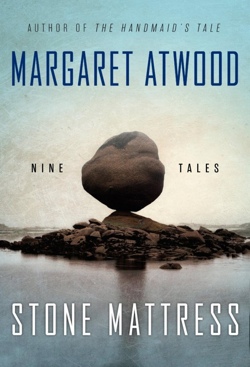 Leave it to Margaret Atwood to take two things I’m not usually thrilled about–short stories and elements of fantasy–and make me fall in love. Though I went into Stone Mattress hesitant, by the collection’s third story I felt a strong connection to the thread linking “Alphinland”, “Revenant”, and “Dark Lady”, along with the irresistible pull of Atwood’s prose.

I often find myself struggling with anything that strays too far off the beaten path, but Stone Mattress finds a perfect balance between its solid footing in reality and a sly, twisted nod to mythical elements. Atwood herself describes the story collection as removed “at least slightly from the realm of mundane works and days, as it evokes the world of the folk tale, the wonder tale, and the long-ago teller of tales.” That slight shift takes many forms, like the mind of a science fiction writer or a murderous wife, but consistently serves as a link between the collection’s stories and rather than a distraction.

There’s only so long you can feel sorry for a person before you come to feel that their affliction is an act of malice committed by them against you.

The tales are also linked by the looming presence of age, which pushes some characters close to death and simply reminds others of their mortality. But many can’t face the future without a last look at their past. In the darkest of her stories, Atwood ‘s characters use the advantage of age to seek revenge for life’s injustices, often with pointed commentary.
Now part of an absolutely dizzying body of work, _Stone Mattress_is a testament to Margaret Atwood’s ability to continuously thrill and surprise readers while holding fast to the style and substance we love. 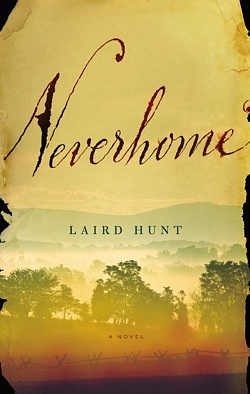 I was strong and he was not, so it was me went to war to defend the Republic.

In less than twenty words, Laird Hunt opens Neverhome with a perfect image of his protagonist’s undeniable strength. With little more than a nod, Constance leaves behind her farm, name, and husband to become Union soldier, Ash. Though the book is sprinkled with pensive moments spent reflecting the past with her mild-mannered husband Bartholomew, Ash is light years away from the dutiful wife or picture of femininity we so commonly associate with the time period.

But she isn’t alone in her strength. All of Neverhome‘s female characters, including the looming presence of Ash’s mother, offer surprises in their willingness to turn their back to convention. Hunt populates his novel with women who repeatedly break the mold of society’s expectations, allowing their choices to run along the controversial decisions made by men rather than holding them to an angelic standard. Through this, we’re given complex female characters instead of the one dimensional belles that so often fill stories from the Civil War era.

I wanted to take up the dead man’s head and cradle it but I did not do that and knew that that kind of a thought was another thing I was going to have to learn to kill.

Enhancing the complexity of the story is the narrative used to tell it. From the first blunt sentence to the novel’s brilliant closing words, Ash’s voice is an absolute force. Not quite dialect, rather the language of someone more accustomed to working than reading and writing, it can be difficult to follow. But it soon becomes clear how carefully placed each word is; every one meant to tumble over the next in a successful effort to make Ash sound genuine rather than stereotypical and mocking.

It’s that voice that has gripped me since I turned the last page, asking questions and finding ways to remind me just how much this book has to offer in its slim volume. 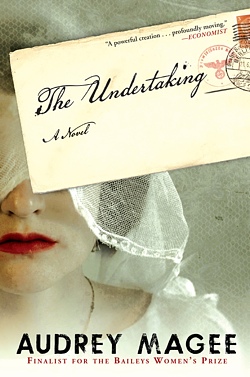 In a desperate attempt to earn leave from WWII’s Eastern front, German soldier Peter Faber chooses to marry Katharina Spinell based only on her photograph. Though they are married on opposite ends of the continent, within weeks Peter has earned ten days of honeymoon leave to spend with Katharina in Berlin. Surprisingly, ten days proves long enough for the pair to develop a passionate love too soon torn apart when Peter is required to return to Russia. In Peter’s absence, Katharina and her parents learn both the risks and benefits of inching close to the upper ranks of the Nazi Party hierarchy.

Just as it starts, with duplicate wedding ceremonies,The Undertaking is a novel told in parallels. Magee peers into Katharina’s increasingly lush lifestyle, furnished by her father’s partnership with a high ranking Nazi officer, while Peter struggles to survive under mounting trials in Russia. Magee’s sharp, simple dialogue and pointed prose keeps the story moving at a clipping pace that grows increasingly tense as the couple’s lives diverge.

Magee’s characters walk a fine line between perpetrator and victim, often stepping into the shoes of both. The Undertaking’s delicate balance is able to capture the true trials of war and challenges of history, making Audrey Magee more than deserving of attention and praise. 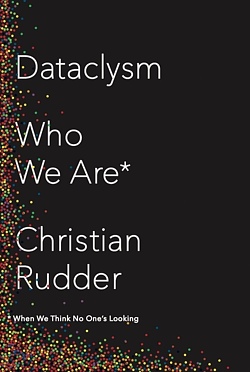 A few months back, while the internet was in an uproar over Facebook toying with user data, developers of the dating site OkCupid openly announced that they “experiment on human beings.” Lucky for us, OkCupid’s founder Christian Rudder used the data collected in those experiments, along with statistics from several other frequently used websites, to chart a fascinating map of the American psyche in his book Dataclysm.

There’s so much good-stuff in Dataclysm_that I could spend several hundred words regurgitating it all, but that would totally spoil the reading experience. Still, it’s nice to know what you’re getting into. Christian Rudder sketched out many of his findings on the OkTrends blog as he encountered them, including the discovery that camera flashes add roughly seven years to appearances in photos. It’s just mentioned briefly in the book, but knowing that a 28 year-old who used a flash is as attractive as a 35 year-old who didn’t is just the tip of _Dataclysm‘s statistical iceberg. Access to a nearly endless pool of information pulled from a dating site gives Rudder the opportunity to dive deep into male and female attraction, but also allows him to look at the way we describe ourselves and interact with one another. Among dozens of topics, Rudder examines the most commonly used words across different races and sexual preferences, how Google exposes what people really think, and the heavily weighted way beauty impacts women.

For all the hand-wringing, it’s hard to argue that most users are anything but blasé about privacy. Whenever Facebook updates its Terms of Service to extend their reach deeper into our data, we rage in circles for a day, then are on the site the next, like so many provoked bees who, finding no one to sting, have nowhere to go but back to the hive.

Thankfully, Rudder doesn’t just use all this data without touching on its questionable collection. Dataclysm is wrapped up with a balanced look at both the positive and negative ways big data has been used, the difficult relationship we have with it and a possible look at its future. Though chart lovers and stat geeks should be first in line for a copy, Dataclysm is sure to appeal to anyone with a curiosity for the weird wonders of human nature.