Cozy up with one of fall’s best books. 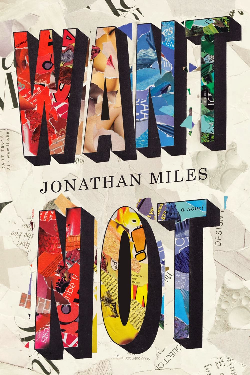 The majority of Jonathan Miles’ second novel, Want Not, is told in three separate stories: a freegan couple dealing with welcoming another person into their squat; a washed up linguist attempting to juggle a separation from his wife with his father’s worsening Alzheimer’s disease; and a blended family, made up of a 9/11 widow, the man she married for security and her angsty teenage daughter. Natural desire eventually pushes these starkly different characters toward one another in a surprising conclusion.

As its title suggests, want is the central force of the novel, driving the decisions each character makes. Even Micah and Talmadge, the freegan couple pulling bruised produce from dumpsters in New York City, have underlying desires that are picked apart in this dense character study. But those desires are not haphazardly assigned. By the middle of Want Not, the amazing depth at which Miles understands his characters becomes apparent–down to a preferred bathroom stall and carefully plotted childhoods. Miles shares these details not to stretch out the mundane, but to breathe real, vibrant life into his story. And it works. Each player in Want Not’s web feels whole and, as the novel progresses, has a purpose that shows clear.

At the hard bottom of loneliness, he’d found, there is just a single letter, one bereft of curves and ornament, a short straight line that’s capped on both ends as though to stifle growth and blossoming: I. Merely shifting that to We–two letters, one reaching upward and the other sliding sideways – felt sometimes like enough: just the regular presence of another human, not to cure the pain but to blunt it…

Where other authors with books of similar structure attempt elaborate schemes to bring their characters together, Jonathan Miles blends his three stories in a natural, believable way. Both hilariously funny and painfully honest, Want Not captures the best and worst of the human spirit in a thoroughly enjoyable read. 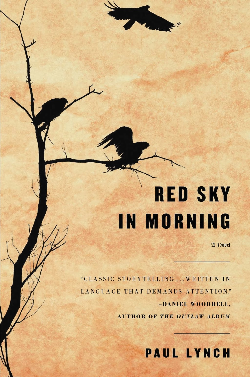 In 1832, Coll Coyle kills the son of his ruthless landowner in an accidental fit of pent up rage. Knowing the henchman, John Faller, won’t rest until justice is served, Coyle is forced to leave his wife and daughter behind in Donegal, Ireland while he runs from the man looking for vengeance. The chase leads the pair to the railroad work camps of Pennsylvania, where both will discover the unforgiving hardships of the American landscape.

I love my historical fiction with some grit and violence. However, that style is often paired with a setting in the American South or West and can often become too simplistic or formulaic. Reading the first few pages of Red Sky in Morning and discovering a fantastic new voice and setting still surrounded by that grimy, dark tone was so refreshing.

Every man, every nation, thinks they have control over a world that throws them about like a high wind. I’ll tell you, there’s always an agency more powerful than your own. Think about that. The terrible beauty of it. How it lies there unseen waiting for you. Every fate, every life, every story swallowed by forces greater. Mine now a part of yours. Yours a part of someone or something else’s when the time comes.

Woven in the brutal tale of Faller’s hunt for Coyle is incredible imagery, making the landscapes of Ireland and Pennsylvania come to life. Lynch’s ability to blend poignant themes and vivid scenery with the classic tones of his cross-continent tale are the mark of true talent. Red Sky in Morning is the first in what is sure to be a string of successes for Paul Lynch. 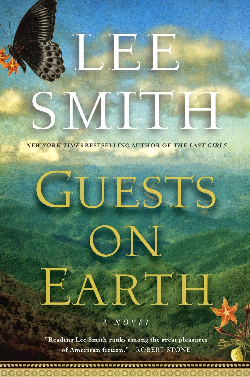 Following her mother’s death, 13-year-old Evalina Toussaint is sent to Highland Hospital in North Carolina, the same mental institution where Zelda Fitzgerald and eight other women died in an intentionally set fire in 1948. With an inventive blend of history and fiction, Lee Smith follows Evalina through the 1930s and 40s, as she experiences the treatments prescribed by Dr. Carroll, who runs the hospital, as well as the imagined events leading up to the tragedy that took so many lives.

This is not a story about Zelda Fitzgerald–she spends her time along the periphery of the novel, becoming more of a fascination for Evalina than the true friends she develops during her stay. Instead, Guests on Earth revolves around the numerous other voices that filled the hallways of Highland Hospital; the important, unsung heroes so often forgotten about. Though not all of them existed as real people, they represent the broad spectrum of lives that were impacted by the Carrolls and the time they spent at the hospital.

Smith’s well seasoned ability to develop both setting and story shines from every page of Guests on Earth, a novel as enchanting as the rolling hills of North Carolina. 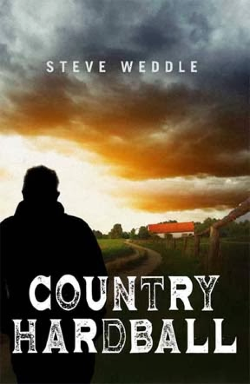 Roy Alison returns to his hometown, determined to go straight after years of crime and incarceration, but finds it difficult to tow the line in a place urging him to go wrong. Though he takes a stable job with the county, he is soon caught in the tangled web of the town’s lawlessness.

While a series of crimes pulls Weddle’s stories together, the novel’s strength is in its characters. From a father piling up credit card debt to give his son a chance at little league stardom to violent kills for money, Country Hardball explores the wide spectrum of life in a small, blue collar town. Weddle pinpoints the struggles we see daily and magnifies them onto hauntingly realistic characters that are nearly impossible to forget, even after the last page is turned.

Dark and heavy, but deeply honest, Country Hardball comes from a place of sharp awareness and shouldn’t be missed.

Virginia author Steve Weddle will be celebrating the launch of Country Hardball at Fountain Bookstore on November, 20th at 6:30 PM