A gripping kidnapping, novels steeped in history and a crossover YA mystery.

All That is Solid Melts Into Air 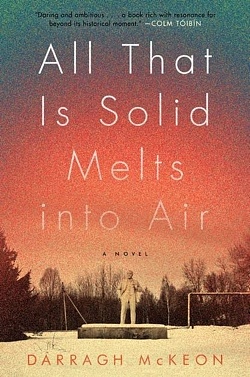 While Yevgeni, a nine year-old piano prodigy, struggles to evade bullies on the way to his music lessons in 1986 Moscow, his mother and aunt attempt to hold the family together with menial jobs they hoped to escape long ago. At the same time, disaster strikes the Chernobyl Power Plant in the Ukraine, causing locals like Artyom and his family to be relocated while doctors and officials are brought in from across the Soviet Union in an attempt to cover up the damage.

Each of the characters in All That Is Solid Melts Into Air is connected to Grigory, a Moscow surgeon chosen to lead medical operations in the wake of Chernobyl, but their ties are slowly revealed over the course of the novel. Through each of these characters, readers are shown not only different perspectives of the disaster, but also how the Soviet government dictated life in various ways.

Most evenings Alina, her sister, asks her how her day was and she replies, “Unremarkable.” And they add up, those unremarkable days. Days that, when you look back on them, even two weeks later, retain not a single distinctive moment. And if she’s to admit the thing she fears most, it’s this: the stealthy accumulation of unremarkable months, the rows and stacks of nothing, the unfilled columns when she sits down to account for her life.

Despite the dim, appropriately faded atmosphere that hangs overhead throughout the novel, there’s a constant pace that pushes readers forward to the next page. Particularly in the section describing the disaster at the plant and the moments soon after, McKeon’s well researched and beautifully written details are endlessly fascinating. Those interested in history will find much to love in the story, but it is the combination of McKeon’s effortless writing and unforgettable characters that turn All That Is Solid Melts Into Air into a favorite.

All the Light We Cannot See 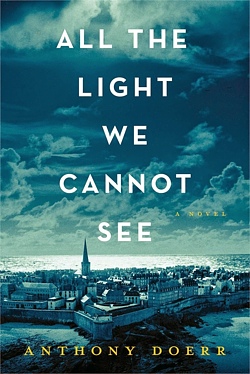 by Anthony Doerr; May 6th

Marie-Laure grows up in Paris, just before the German occupation of World War II. Though she cannot see, her locksmith father builds a model of the neighborhood, which gives her the confidence to walk the streets with little assistance. Once the Germans enter the city, her father is forced to leave his job at the Museum of Natural History and help her escape to Saint-Malo, where the pair hope to stay safe with Marie-Laure’s eccentric great uncle.

In Germany, Werner and his younger sister Jutta grow up without parents; raised in an orphanage with few material possessions, but great warmth and love. Curious and bright, Werner develops a talent for fixing old radios, which eventually earns him a spot at a German military academy. Though he struggles to justify his beliefs with those of his superiors and peers, Werner does the work that eventually leads him to Marie-Laure.

Doerr pulls readers into Werner and Marie-Laure’s stories with short, alternating chapters that take place both before and during the German occupation of France. In one or two pages, he is able to brilliantly explain what it feels like to walk through a house without sight before shifting perspectives and describing the beauty in a radio broadcast. But Doerr’s true talent lies in his ability to highlight the parallels between those perspectives and continuously build on the intensity of each situation.

Written in style that feels both fresh and familiar, All the Light We Cannot See is a fully engrossing novel that fully earns all the buzz it’s started to receive. 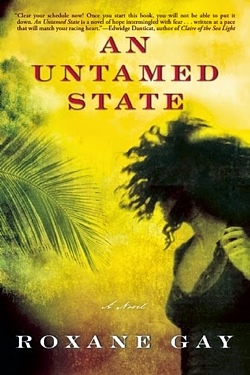 by Roxane Gay; May 6th

While visiting her wealthy parents in Port au Prince, Haiti, Mireille is separated from her husband and infant son and kidnapped at gunpoint. Though her father is able to afford the sky high ransom the captors demand, he believes doing so would make his family vulnerable and leaves Miri at the mercy of her increasingly violent kidnappers for thirteen days.

There are distinct phases in reading An Untamed State; the intense, almost thriller feel of Miri’s kidnapping is soon followed by the overwhelming heartbreak of her assault. Though Mireille flashes to beautiful memories from her past, which allow readers necessary moments to breathe, they are quickly contrasted by the brutal physical and emotional abuse she is subjected to through the first half of the novel. This is likely a point when some readers will set the book aside, too pained by what they’ve read. Sadly, they will miss out on the core of the story.

In the second half of An Untamed State, Gay is living in her characters’ skin; deeply understanding the intricacies of both Mireille’s post-traumatic stress and the fragile new dynamics between each member of her family. It’s here, as her husband struggles to understand Miri’s inability to adjust, that Gay’s writing soars and the profound importance of the novel is felt.

Readers who struggled to get through scenes of Miri’s captivity in hopes of reaching a shining light may be disappointed to find more shadows. But in these shadows are the beauty of what Roxane Gay has done with An Untamed State. She has given a voice to countless women who have felt doubted, questioned, or blamed in the wake of an assault. It’s not easy and it’s not always pretty, but it’s powerful and necessary. 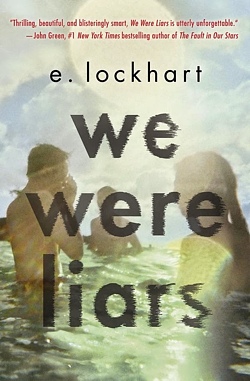 Don’t worry, I won’t spoil you. But I’m not going to do what the book wants me to do and lie, either: this book is fantastic.

A beautiful and distinguished family.
A private island.
A brilliant, damaged girl; a passionate, political boy.
A group of four friends–the Liars–whose friendship turns destructive.
A revolution. An accident. A secret.
Lies upon lies.
True love.
The truth.
We Were Liars is a modern, sophisticated suspense novel from National Book Award finalist and Printz Award honoree E. Lockhart.
Read it.
And if anyone asks you how it ends, just LIE.

There is almost nothing subtle about We Were Liars. Lockhart’s imagery is grandiose, her prose is wildly lyrical and metaphors are stark. Yet somehow, it works. And not only does it work, but it manages to create an atmosphere that holds the story’s secrets until the very end. With a unique style and fantastic execution, E. Lockhart has penned a novel that will appeal to readers well beyond the intended young adult audience.