Five novels published in March, from missionaries to Migrant Mother Five novels published in March on topics from missionaries to Migrant Mother. 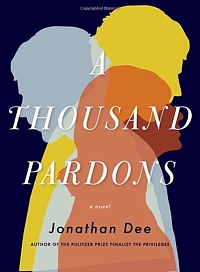 In A Thousand Pardons, Jonathan Dee seems quite aware of the fact that he’s writing a familiar frame from the beginning: the suburban couple that’s mind-numbingly unhappy, despite their perfect home and family. Rather than giving readers a painstakingly detailed account of the missteps that lead Helen and Ben to a therapist’s couch for their “Date Night,” Dee describes with amazing subtlety the monotony and sourness that can come with eighteen years of marriage. Dee is then quick to cut to the big event that leads to their separation, putting the major plot in motion.

Helen thrives in her newly single position, and the pace of the novel does, too. I found myself pouring through the pages detailing her journey from stay at home wife to single working mother. Unfortunately, the characters’ behaviors in the second half of the novel seem to steer off track, hanging ever close to the clichés Dee worked hard to avoid. As a whole, however, A Thousand Pardons is a refreshing, wonderfully written story outside what you’d expect from a seemingly usual suspect. 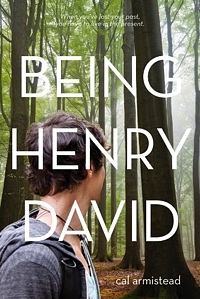 I’ve always seen Henry David Thoreau as pretty hip, though I think I tend to be in the minority. Either way, he’s probably not lighting fires in Young Adult lit circles any time soon–but that’s exactly what makes Cal Armistead’s Being Henry David so refreshing. When “Hank” wakes up in New York City with no recollection of who he is or how he ended up there, he needs to piece together his sparse memories to build a history for himself.

Rather than centering on a tale of mismatched love or some complex future, like many of its genre companions, Being Henry David is a story about finding yourself and forgiveness. The fact that it’s told from a male perspective is an added bonus, as it’s increasingly difficult to find stories that appeal to young male readers. This one certainly deserves a place on high school classroom and library shelves. 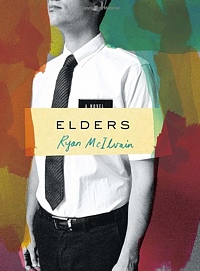 Elders follows McLeod and Passos, a pair of Mormon missionaries through their final weeks in Brazil. Despite their vastly different backgrounds, the couple is bonded together as they spend their days knocking on unopened doors and hoping to reach their quietly personal goals. What I thought might be a fiery exposé of Mormonism was actually written in a delicate way that is neither accusing nor particularly supportive of the religion, rather it focuses more on the relationship between the Elders themselves. With different languages, backgrounds, and cultures, McLeod and Passos have plenty to cause a rift between them. However, it is the different way they approach the Mormon religion and their beliefs that leads to the tension in their partnership. Though it ended a bit abruptly, Elders is a unique, carefully written novel that is easy to appreciate and enjoy. 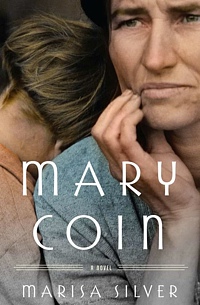 Dorothea Lange’s iconic “Migrant Mother” photograph has elicited similar responses from thousands of people since it was taken in 1936. In Mary Coin, Marisa Silver has created a detailed history behind the image and its impact on American culture. The novel focuses on three distinct but connected characters, starting with Mary Coin well before her image was frozen as the mother in the photograph. Silver details her willingness to go to unimaginable lengths to hold her family together, despite the constant roadblocks she is faced with. Hundreds of miles away, Vera Dare is an insecure but talented photographer seeking the perfect outlet while dealing with an unsupportive family. And in the present-day we meet Walker Dodge, a history professor trying to teach his students to look deeper into the history in front of them, while struggling with a family story he can’t seem to unravel. Silver does a fantastic job of knitting the lives of these three characters together, while staying historically accurate and culturally relevant. She is able to take a photo so many imagine they know the story behind and actually create one.

I read this novel in early January and have been so anxious for its publication so that I can watch all the love for it come rolling in. If you pick up one book in March, this is definitely my suggestion.

The Afterlife of Emerson Tang 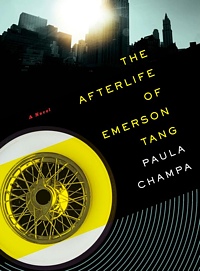 Though she is originally from Providence, Rhode Island, Paula Champa spent time in Richmond while earning her master’s degree at VCU. Her first novel, The Afterlife of Emerson Tang, focuses on the connection that several people have to an antique car and their competing missions to reunite the car’s body with its original engine. But don’t be deceived, this is not just a story about a car. Instead, it is a search for purpose and answers while facing loss. Champa has a stunning way of combining words into passages you will find yourself highlighting and reading long after you’ve left Emerson behind.