Five novels published in June, from politics to the golden age of skyjacking. 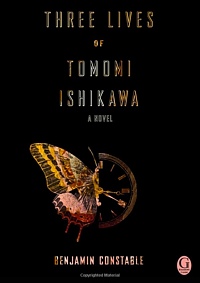 Three Lives of Tomomi Ishikawa succeeds, in part, because it is a book that’s not easily categorized. While it has the bones of a mystery or thriller, the novel has much more imagination and whimsy than either genre alone. When was the last time the protagonist in your spy series stopped following a trail to talk to an imaginary cat?

At the same time, however, the characters are incredibly self-aware. Constable’s voice is always a step ahead of any criticism the reader may have–he even takes a moment to explain why his cat is not restricted by the laws of science. His fantastic ability to play with words and language is an added bonus, as it gives the novel a quirky tone and infuses the book with phrases that act as an extra puzzle.

I hesitate to share too much about the hunt Butterfly left behind and the trail of stories Ben ultimately discovers in hopes of avoiding spoilers, but I was pleasantly surprised by how well suspense and humor were blended to the tail end. Three Lives of Tomomi Ishikawa is an unexpected, playful jaunt woven by an author with a talent for navigating language that you won’t want to miss.

The Last Summer of the Camperdowns 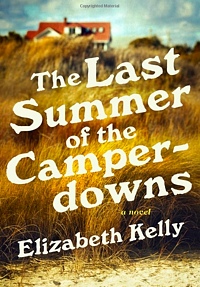 In the summer of 1972, 12-year-old Riddle James Camperdown begins to realize that her father Godfrey, affectionately known as Camp, running for Congress will mean big changes for her family. Not only will her ex-movie star mother, Greer, be hosting endless parties in their Cape Cod home, but Riddle will now be thrown into the public eye. What Riddle doesn’t realize is how much will change when her neighbor Charlie Delvin goes missing, and she chooses to keep the evidence she discovers a secret. Plagued by her decision, Riddle must watch as her own family’s secrets are exposed, seemingly tangled in lies from the past.

With their thoroughbred horses and hired help, the characters in The Last Summer of the Camperdowns don’t necessarily sound appealing. In fact, from the eyes of 12-year-old Riddle, few of them are. But Elizabeth Kelly brings each character to life with such vivid language, it is almost possible to hear the tones of their voices and see the subtle shades of their hair.

Dunhill cigarette in hand, her sixth finger, she straightened up and exhaled in my direction, a plume of silky smoke winding through her yellow hair like a gray ribbon. I breathed in deeply of her sophistication, imprinting forever that angular and archly feminine aesthetic native to her but elusive to me.

As the novel progresses, it becomes clear that each character offers a different, sometimes evolving, element to the story. Michael Delvin, Greer and Camp’s longtime friend, brings with him tension and stress, while horse trainer Gula serves as a source of more genuine fear. Those emotions are offset by the funny banter between snarky Greer and struggling Riddle, who endlessly seeks her mother’s approval despite her best efforts to act otherwise.

At its core, The Last Summer of the Camperdowns is a novel of self-discovery, honesty and forgiveness. However, the path Elizabeth Kelly takes to the final reveal is fantastically developed and well written, combining bits of Gothic fiction with more modern American wit.

The Skies Belong to Us: Love and Terror in the Golden Age of Hijacking 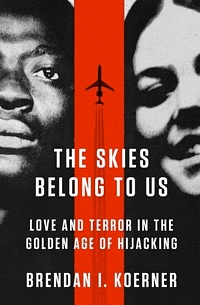 Today, it’s hard to imagine breezing into an airport mere minutes before your flight takes off–no metal detectors, no full body scanners…shoes on. In the late 1960’s and early 1970’s, airport security was shockingly nonexistent. At the same time, however, airplane hijackings were so common that some insurance companies began offering “skyjacking insurance” for passengers caught in the unpleasant situation.

In his book The Skies Belong to Us, Brendan I. Koerner creates a history of this time period, centering on a Vietnam veteran named Roger Holder and his party girl accomplice who successfully hijacked Western Airlines Flight 701 and became notorious throughout the world. Both a fascinating look into the psychology of America and a detailed portrait of the lives of two of the era’s key players, Koerner has put together a brilliant piece of narrative non-fiction that often reads like an exciting caper.

The website for The Skies Belong to Us is filled with tons of audio, video and photographs to help tide us over until the book’s official publication on June 18th. 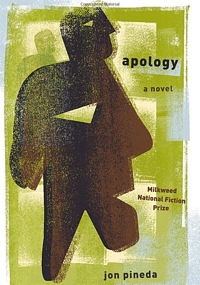 After an accident leaves nine year-old Teagan Serafino with a life-altering brain injury, both her family and the community demand answers. Though he is innocent, lifelong scapegoat Exequiel “Shoe” Guzman, takes blame for Teagan’s injury in order to allow his young nephew Mario, who was present at the site, a chance at a better life.

I was in the middle of three other books when Apology came to me, so I needed to set it aside until I was finished with at least one. As the little book sat beside me for a few days, I grew more and more curious until I picked it up…just to read the first page. When I managed to stop myself, I was about halfway through the novel. It’s completely engrossing.

Jon Pineda develops his characters in snapshots; short, sometimes half-page thoughts or quick childhood flashbacks, while keeping the novel’s main timeline in place. Spanning decades in 200 pages while fully realizing a plot is a difficult task, but it serves to show the full connections between Pineda’s characters.

And the delicacies of those connections are where Apology shines. By telling the story of the Serafino family while also following Shoe and Mario, the novel allows readers to trace the impact of each decision without ever drawing one character as a villain. With a careful, poetic tone, Jon Pineda has written a story rich with humanity.

The Blood of Heaven 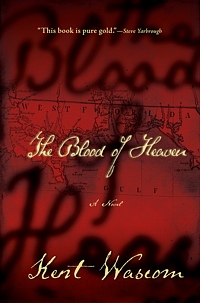 Kent Wascom’s debut novel traces the life of Angel Woolsack, who leaves his preacher father and the plains of Missouri to create a new life with his adopted brother, Samuel Kemper, in the early 1800’s. The pair navigates their way through the South, loosening their morals and discovering breaking points on their journey toward settlement in West Florida. Through love, death, murder, and marriage, Angel and his companions map out the harsh history behind the creation of the United States.

Early in The Blood of Heaven, many of the characters’ actions are dictated by a desire to spread or purify their religion, freeing them of guilt regardless of their immorality. Yet, as readers watch Angel’s choices lead him further from his starting point, he finds he must warp his justifications in order to deal with the crimes he has committed. This becomes one of the novel’s overarching themes, one that can easily be seen paralleled in today’s society some 200 years later.

…if a man can’t blaspheme when he is on the raw edge of revelation, then when? If you can hear the thunder of the holy heartbeat, where the conscience rests that burns holes in the sky and calls up pits of spiders to swallow the weak, do what comes natural and your actions will be smiled upon.

Though the last of the novel’s four books lacks the pace of the rest, Wascom delivers an incredibly powerful debut. At just 26 years-old, he writes with the voice of a master, creating effortless phrases that read like they took lifetimes to compose. Those stunning sentences combined with bold violence, well researched history, and questionable morality make The Blood of Heaven worthy of all its praise.

Kent Wascom has an event scheduled at Fountain Bookstore on July 15.