Kick off your year of reading with a batch of four new books that cover everything from the tribulations of undocumented teenagers to why we’re all so fascinated by disembodied heads. 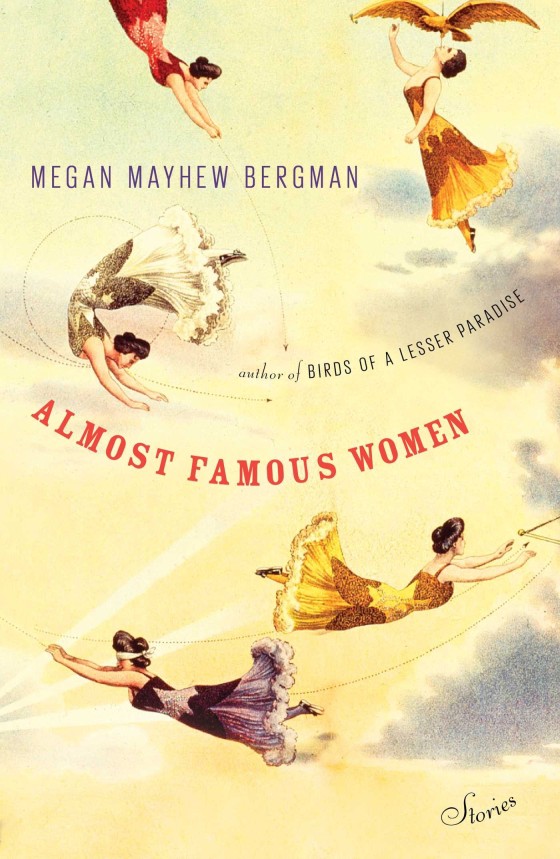 Most of us have read about Zelda Fitzgerald and Edna St. Vincent Millay, but what about the women just a step away? What happened to Edna’s sister Nancy or Oscar Wilde’s niece Dolly? In her new collection of short stories, Megan Mayhew Bergman reconstructs the lives of women who lived on the edge of celebrity by bringing their unique experiences to the forefront for the first time.

Rather than try to crawl into the minds of her chosen women, Bergman imagines many of their lives through the people around them. These fictional narrators allow Almost Famous Women to feel intimately close while also giving readers a greater sense of time and space that could have been missed from a first-person perspective. So, instead of seeing Lord Byron through the hopeful eyes of his illegitimate daughter Allegra, “The Autobiography of Allegra Byron” is narrated by the nurse who cared for the four-year-old in the convent where she was raised. Through her, we are able to see both the sweet, simple life Allegra led and the heartbreaking, dismissive attitude of her father.

However, Bergman does take on the voice of her characters in portions of the book, and does so in stories that beg for a personal touch. In both “The Internees”, a story less than two pages long about the liberated women of Bergen-Belsen, and “The Pretty, Grown-Together Children,” which tells the tale of conjoined twin performers, Bergman embraces the first-person perspective with a collective ease that highlights her broad talent.

Each piece reads like a gorgeously penned slice of a biography, which makes the collection perfect even for readers reluctant to pick up short stories. Courageous, bold and well ahead of their time Bergman’s Almost Famous Women are more than ready to take the spotlight. 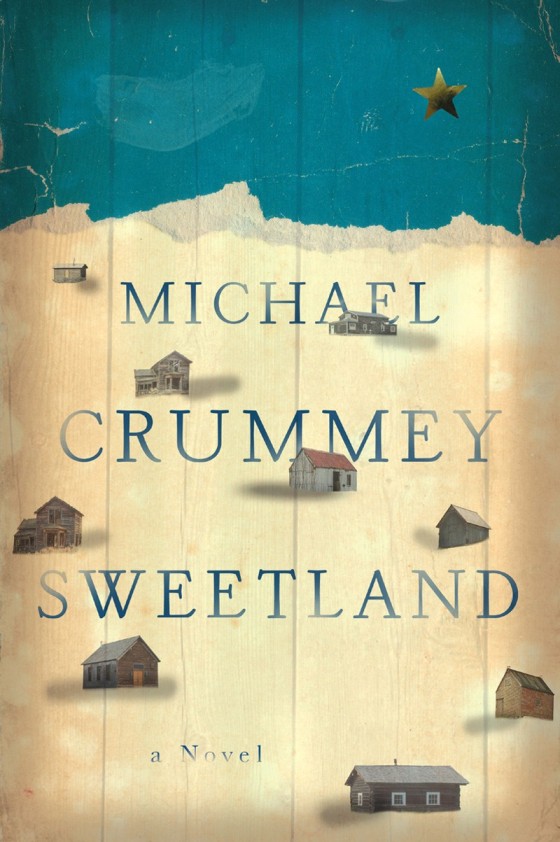 For more than a hundred years, Moses Sweetland’s family has lived on a secluded island off the coast of Newfoundland. Though it once held its own in the bustling fishing industry, the decline of recent years has sparked the mainland government to offer residents a generous resettlement package, with the requirement that every inhabitant leave. One by one, even the most dogmatic of Sweetland’s neighbors give in to the idea of relocation, leaving the man pondering his past, his family and the secrets that haunt the land around him.

Though it took some time to settle into the novel’s quiet, almost distant style, I immediately grew to appreciate Michael Crummey’s knack for showing over telling. Every bit of Sweetland‘s landscape, from familial connections to topography and even diagnoses, is laid out in delicate woven threads instead of harsh lines. The novel begs for attention, and close reading is rewarded with an investment in Crummey’s irresistible characters.

“Clara laid a hand across her eyes and there was her mother, Sweetland thought. Clara had almost nothing else of Ruth in her, but that subtle gesture of exhaustion or anxiety or annoyance was Sweetland’s sister to a T. He took the meat across the kitchen to the freezer, to put a little more space between himself and that eerie transformation.”

Sweetland tightens its grip in the second half, with Moses and the surrounding landscape meeting in a wash of memory and realization. In the intricate lives of his characters, Michael Crummey reminds us of the clear, sometimes heartbreaking distinction between seclusion and solitude.

Spare Parts: Four Undocumented Teenagers, One Ugly Robot, and the Battle for the American Dream 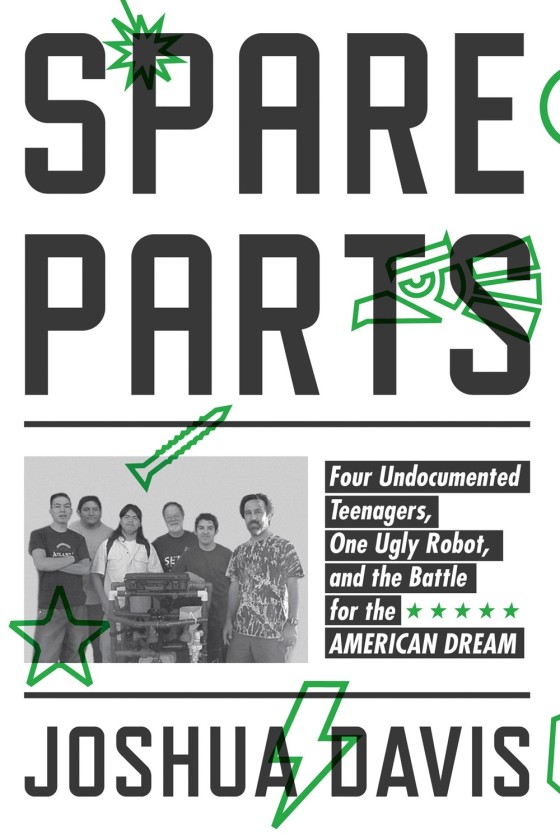 It seems there’s a bit of a trend when it comes to books about teachers and students: the outsider teacher steps in and struggles for some time before managing to completely turn his or her students around. Crowds cheer and a hero is born. As an educator, I’ve always found these narratives exaggerated and problematic, but I continue to look for books that show a more realistic view of teacher-student relationships.

Thankfully, Spare Parts bucks the trend. Written from a journalist’s perspective, it follows a group of four students who come together as a competitive underwater robotics team at a Phoenix high school. The team members were born in Mexico and brought to the United States by their parents who hoped to create better lives for their families. Joshua Davis highlights the individual circumstances each family faced, putting names and faces with stories we often hear only in snippets.

Teacher Fredi Lajvardi saw promise in those stories; in the boys who gathered scraps that blew into yards and learned English by watching Bob Vila on TV. But Fredi didn’t fall prey to the hero teacher stereotype. Instead, he welcomed the boys into his classroom and provided them with a safe, stimulating environment that allowed their imaginations to run wild. When thrown together, the students found their ideas were successful enough to put them in competition with prestigious schools like MIT. Though they found comfort, intellectual challenges, and encouragement in their team, the students routinely faced the looming fear of deportation.

In the final pages of Spare Parts, as Davis follows the team members after their time in high school, we get a true sense of the mountains our country expects undocumented immigrants to climb, even after years of hard work and success. It’s both an inspiring story of overcoming odds and a reminder of the work that must be done in order to create a truly level playing field.

Severed: A History of Heads Lost and Heads Found 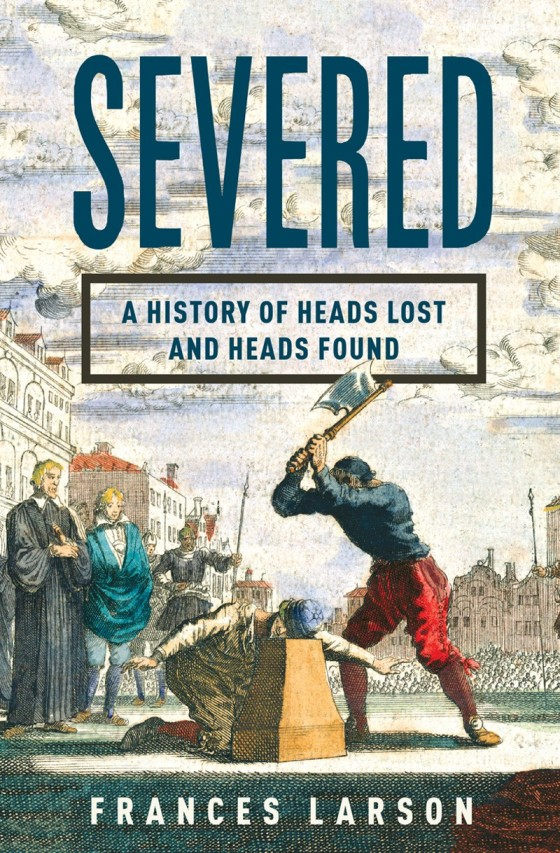 Though its title sounds relentlessly gruesome, Severed is less a look at severed heads and more an investigation into the human fascination surrounding them. Anthropologist Frances Larson looks at the different ways humans have approached heads throughout history, including the gathering of trophy skulls during World War II, the pseudoscience of phrenology, and dissection for modern medicine.

Early in the book, Larson discusses the collection of Shuar shrunken heads at the Pitt Rivers Museum in Oxford, which have long been a constant source of attention. The heads, once used by the Amazonian tribe in rare religious ceremonies before being discarded, quickly gained value when the Shuar realized Westerners were willing to buy them for a high price. Soon, the Shaur were making the heads specifically to sell and the market was flooded with fakes made from animal skulls, including some in the Pitt Rivers collection itself.

The idea of being fascinated by severed heads while ignoring the barbarism of viewing decapitation itself crossed over into the public executions of the French Revolution and even modern terrorism. Though her text was written before the recent rise of viral beheadings by ISIS, Larson touches on the issues of morality that circle when we have access to executions at our fingertips. These videos quickly become and remain leading search terms and top downloads, contributing to Larson’s theory on “polite society.”

While the topic itself may make readers squirm, the actual content of Frances Larson’s book is quite contained and endlessly interesting. More than just a look at decapitation, Severed is a history of human minds, bodies, thoughts, and fears.