Even if you’re loaded down with textbooks and backpacks, these books will make you pause to read for pleasure. 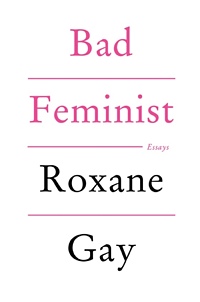 I started reading Bad Feminist the day the Supreme Court decision in the Hobby Lobby case was announced. I was still disillusioned and too upset to be angry with the rest of the internet, so I turned to Roxane Gay. I wasn’t looking for answers or a pat on the back or even a reason to feel rage, I just wanted solidarity.

The collection of essays starts on a personal note, including a fantastic discussion on privilege and notes on life as a first year professor. Bad Feminist is then broken into sections about gender and sexuality; race and entertainment; and politics, gender, and race. In each section, Gay journeys through important, timely topics with great insight and smart pop culture parallels. For the bookish, there’s a spot on piece about the importance of unlikable female characters, written after the Publisher’s Weekly uproar surrounding Claire Messud’s The Woman Upstairs, that manages to touch on Sweet Valley High, Lolita, and feminism in the same breath.

In fact, the essay was one I had read before, which is one of my only complaints. Those who have been following Gay’s work will notice several familiar pieces throughout Bad Feminist, though many are cast in a new light when organized thematically with the rest of her writing. Sadly, in terms of gender and politics, particularly in light of the Hobby Lobby decision, the themes also highlight the fight that still remains.

It’s hard not to feel humorless, as a woman and a feminist, to recognize misogyny in so many forms, some great and some small, and know you’re not imagining things. It’s hard to be told to lighten up because if you lighten up any more, you’re going to float the f– away. The problem is not that one of these things is happening; it’s that they are all happening, concurrently and constantly. These are just songs. They are just jokes. It’s just a hug. They’re just breasts. Smile, you’re beautiful. Can’t a man pay you a compliment?

It is hard not to feel humorless, but Bad Feminist offers humor and wiggle room. While Women Against Feminism misunderstands a movement they see as divisive, Roxane Gay reminds us of its purpose and necessity. 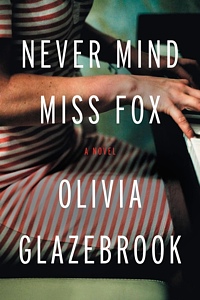 When Clive and Martha’s daughter, Eliza, begins piano lessons with a new teacher, the couple is shocked to see a face from their past. But Clive knows that the reappearance of Eliot Fox has the potential to shake his little family, as Eliot carries with her a secret Clive hoped would stay long buried.

At its core, Never Mind Miss Fox is less about the twist it’s sold on and much more about the complexities of marriage. While it fails to deliver truly unpredictable suspense, it’s quite successful at deconstructing the secrets and emotions that can destroy relationships. Glazebrook’s prose is perfectly succinct and particularly suited for detailing the lifestyle her characters live and the quiet emotions they carry.

“You’re only sorry because you’re frightened of losing your family. You’re sorry for yourself.” Yes I am, Clive thought. What other way is there? ‘Sorry’ would always start and end with himself.

Readers turning to Never Mind Miss Fox in search of a mind-bending plot that keeps them guessing may be disappointed, however, when revealed, Clive’s secret feels real instead of pieced together for effect. Combined with Martha’s struggle to adjust to motherhood, Glazebrook has written a novel that tests the breaking points of marriage and examines the fault lines on which some are built.

_My Drunk Kitchen: A Guide to Eating, Drinking and Going with Your Gut 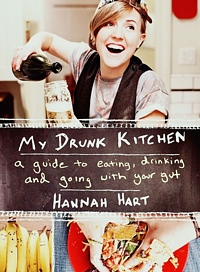 Okay, before we go any further. If you’re not already familiar with Hannah Hart and My Drunk Kitchen, you probably need to take a peek at one of the YouTube videos that started it all.

If Hannah’s hands in the nachos and the smiling bananas on the cover didn’t give it away, this isn’t your average cookbook. You might want to keep browsing if you’re looking for precise measurements, fresh ingredients, or…anything edible, really.1 So, what’s the point of a cookbook with food no one wants to eat?

Each of Hannah’s questionable recipes tells a story, which is where the “going with your gut” part of the book’s title comes from. In the same great tone as her off-the-wall videos, Hart helps readers navigate the world she’s dubbed Adultolescence, or the “secondary pubescence that takes place throughout your twenties and sometimes well into your thirties”. The book hits on life lessons spanning from family holidays and coming out, to break-ups and the perils of post-twenty five metabolism. Honest and consistently funny, My Drunk Kitchen is like a good (drunken) night in with a great friend.

To top it all off, there are Adult Lunchables. On waffle chips. With “maybe a pimento olive or something classy to show that you’re a grown-up now.” And who can resist that? 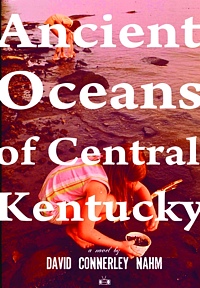 In her small Kentucky town, Leah Shepherd runs a non-profit focused on helping the victims of domestic violence. But in her quiet, reflective moments, she is haunted by the childhood disappearance of her younger brother, Jacob. Piece by piece, Leah relives her last moments with Jacob just as she encounters a final reminder of his presence.

It is impossible to sleep in such heat, the body turning and twisting and tacky with sweat, so everyone stays up all night, listening to the chorus of crickets sounding the depth of the dark. And every night is every night that ever was all at once and every lonely boy prone in his bed is every lonely girl prone in hers, chests heaving with that painful pressure of hoping that there is someone out there unable to sleep on their account.

Each page of Nahm’s writing is absolutely infectious. With a subtle cadence, he paints his story with brilliant familiarity; from the freedom of childhood summers to the confining restrictions of adulthood. Nahm’s handle on language alone would make for a novel well beyond most debuts, but when blended with the book’s unique structure, Ancient Oceans of Central Kentucky moves into a league of its own.

Leah’s mind constantly shifts between past and present, allowing haunting memories to seep into her waking life. Through this, Nahm manages to make dreamlike scenes seamlessly blend into the stark realities of poverty-stricken, small-town life. Readers more reliant on traditional narratives may struggle with the floating vignettes, but those who seek out new styles will be thrilled. With the intricacies and devastation of life woven into 222 compact pages, Ancient Oceans of Central Kentucky marks the start of what will surely be an incredible writing career for David Connerley Nahm.