Brother of Liu Xia, artist with UR photo exhibit, arrested in China

The imprisoned artist Liu Xia has a photo exhibit at the University of Richmond. Her brother, Liu Hui, was recently arrested in China. The brother of Chinese artist Liu Xia, currently under house arrest in Beijing (see below), has been arrested by Chinese authorities on fraud charges. Police detained Liu Hui in January and formally charged him two weeks ago.

Hui’s sister, Liu Xia, was forced under house arrest in 2011 after her husband, Liu Xiaobo, won a Nobel Price Prize for his human rights efforts in China. Liu Xiaobo was sentenced to eleven years in prison in 2009.

Photos taken by Liu Xia were smuggled out of China and have been touring the world. They are at the University of Richmond until April 28th.

Photographs taken by a woman imprisoned in a Beijing apartment and cutoff from the world will soon be exhibited at the University of Richmond, the exhibit’s only scheduled appearance in the US this year.

The Silent Strength of Liu Xia: An Exhibition of Photographs showcases the work of Chinese artist Liu Xia, who has been under house arrest since 2011.

The exhibit’s curator, French author and economist Guy Sorman, met Xia and her husband, Liu Xiaobo, in 2005 while in China researching his book, Empire of Lies: The Truth about China and the Twenty-First Century. At that time, Xiaobo was the most famous member of the couple, best known for his writing and human rights advocacy, serving as President of the Independent Chinese PEN Center from 2003-2007. 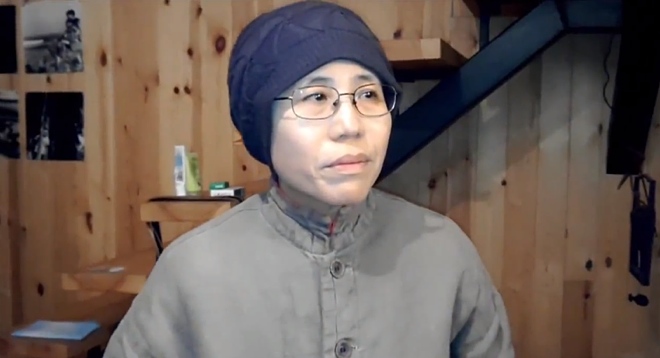 “She was very surprised because she is a very shy person,” Sorman said by phone from France. He said she withdrew from public attention as much as she could because “she never wanted to interfere with [her husband’s] actions.” But Xia, 54, has been an impressive, albeit reclusive, figure in the Chinese art world for over three decades. “She had a kind of discreet life on the side: writing poems, painting, and with photos,” Sorman said.

One evening in 2005 while dining at Xia and Xiaobo’s home, Sorman happened upon several of Xia’s photos, many of which featured a peculiar subject: dolls.

A Brazilian acquaintance had gifted Xia a doll years prior. She took to it and began amassing others–calling them her “ugly babies.” She used them in her photography in the late 1990s to depict the anger and frustration caused by Chinese oppression. 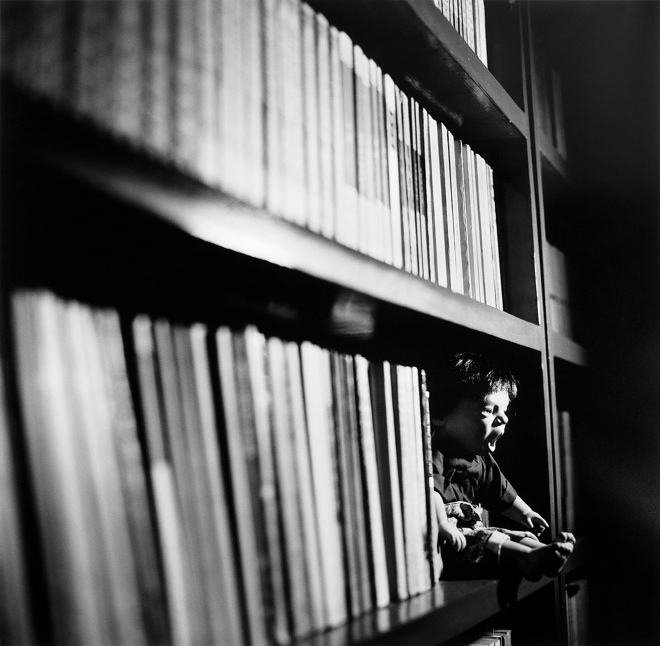 “These dolls show a lot of suffering,” Sorman said, adding that they represent universal oppression, not just that experienced in China. “They don’t belong to any [one] culture–they’re mankind.”

Largely due to Sorman’s praise and encouragement, the photos were surreptitiously distributed between Chinese art connoisseurs to avoid detection by disapproving Chinese authorities.

But soon Liu Xia’s husband would be imprisoned, and she would be confined to a Beijing apartment–virtually erased from the world.

In October 2010, while serving in prison, Xiaobo was awarded the Nobel Peace Prize for his “long and non-violent struggle for fundamental human rights in China.” Chinese officials almost immediately began watching Liu Xia. Soon after, they blocked her internet access. In January 2011, they placed Liu Xia under house arrest.

Sorman said the term house arrest “doesn’t convey what is going on.” He said Xia lives not in an apartment, but in a compound with “no telephone, no internet, no communication with the rest of the world.” She’s permitted only to see her mother, and leave the building once a month to go shopping.

“She broke no laws, so she cannot be sent to jail,” Sorman said. Instead, Chinese officials have used their injudicious system to all but expunge her from society.

“I could not recognize her,” Sorman said. In it, Xia looks frightened, and appears sedated–a not uncommon tactic used by Chinese authorities to subdue monitored dissidents, according to Sorman.

Before Xia’s house arrest, Sorman smuggled her photography out of China,1 which he has since exhibited in countries like Spain, France, and Germany (they’ve been seen in only a few US cities). 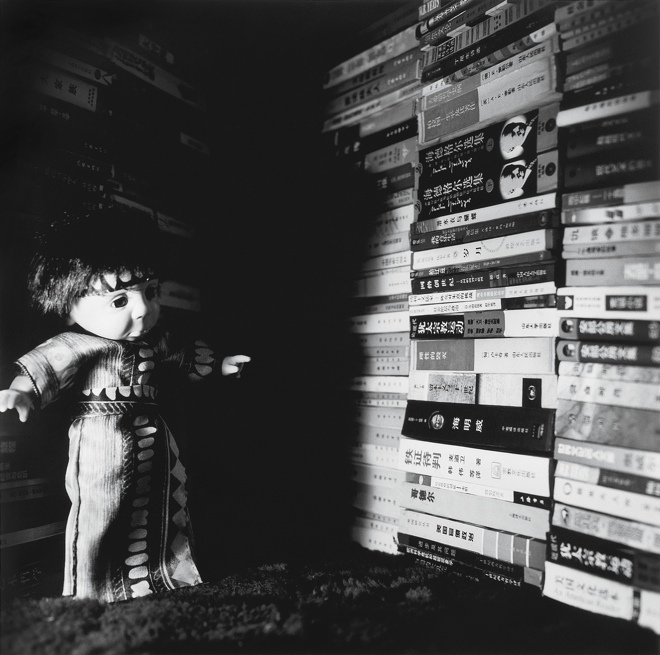 “The photos are quite dramatic,” Sorman said, adding that previous audiences have been greatly moved by them, even if the photos appear “a little bit frightening.”

The University of Richmond is to be the only US location scheduled to exhibit over 25 of Xia’s photographs this year. The exhibit runs March 1st through April 28th, with a panel discussion preceding the exhibit on February 28th in the Carole Weinstein International Center Commons.2

Sorman said he wants the exhibit to tour the US (and the world) more frequently so that “more and more people” will not only see Xia’s photographs, but learn about her, and her story, in the hopes of bringing pressure to bear on Chinese authorities.

“When a Chinese dissident becomes well-known abroad, the Chinese become more careful of their treatment,” he said.

Early release of Xia and her husband seems unlikely, but Sorman said he will soon create a fund to collect money to be given to Xia and Xiaoba upon their release. Whenever that happens.

“I hope that someday Liu Xia and Liu Xiaobo will be free,” he said.

The Silent Strength of Liu Xia: An Exhibition of Photographs runs March 1st to April 28th at the Lora Robins Gallery of Design from Nature.