First the Big Bike Race™ pledged a visit, now Bag One Arts—Yoko Ono’s collection of John Lennon’s artworks. Are…are we the coolest city in school? This incredible exhibit comes to Chasen Galleries in May. We ran this a few weeks ago, but thought you could use a reminder that The Art of John Lennon, featuring as much Q&A as you want with the delightful Lynne Clifford, will be at Chasen Gallery THIS WEEKEND.

One of the things Lynne Clifford likes most about the artist she represents is that, when she goes to galleries to present his shows, people come up to her every single time to relate just how much they adore him.

What a sweet deal it is to have a client who was a co-founder of the most popular band in history and one of the most famous individuals ever to have walked the planet. Add to that a stellar track record for pushing peace, a reputation for being kind to fans, and a well-known wit, and the late John Lennon has got to be one of the easiest artists to promote. 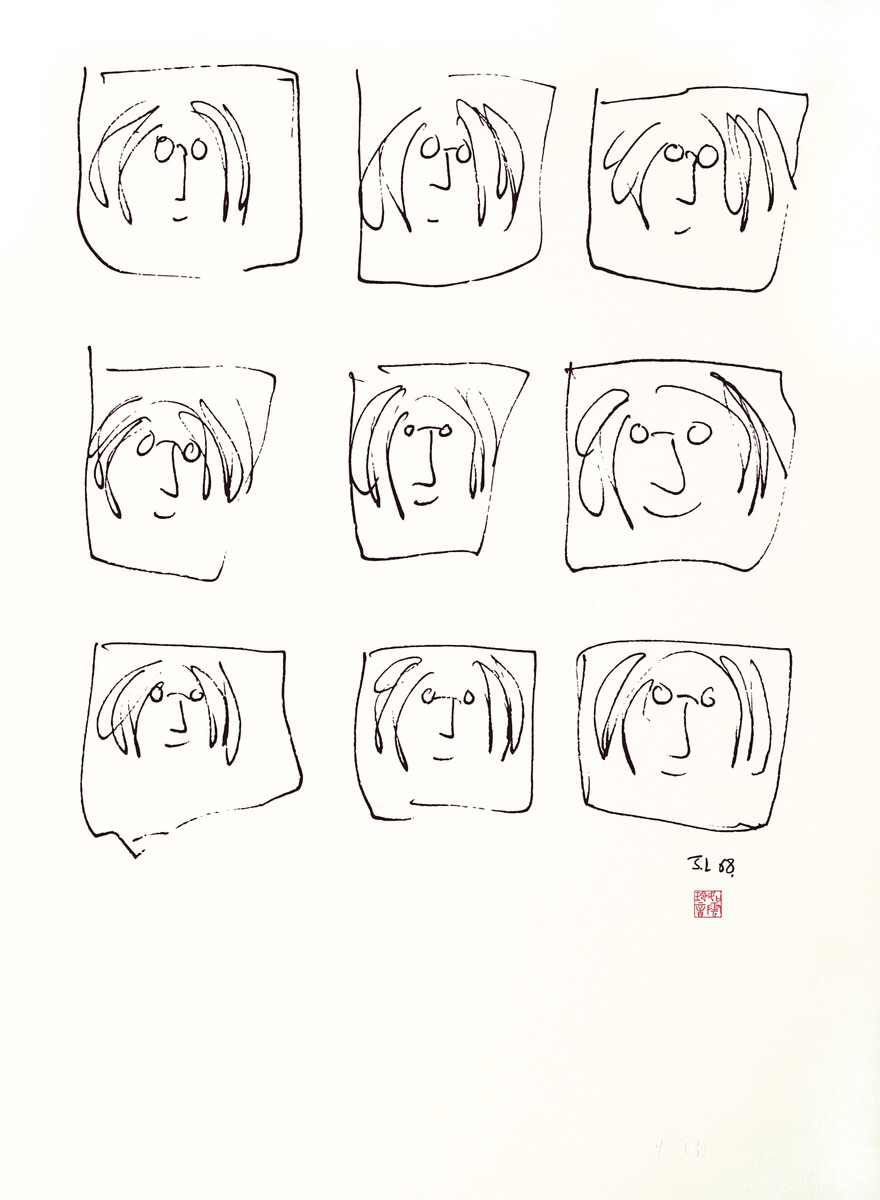 Lennon’s following has only grown since his death,1 so it seems that an exhibition featuring 72 pieces of his original artwork would gravitate towards the Big Cities, with massive admission fees and a celebrity guest list. But nope, The Art of John Lennon will inhabit Chasen Galleries on Cary Street for a few days this May–for the price of just a $5 donation to FeedMore.

“When Yoko decided to share the art with everyone, she meant everyone. It wasn’t just for the big cities with big populations,” says Clifford, who has been working with Yoko Ono as the director of Bag One since 1986. Clifford’s love for her work comes through stronger than, possibly, anyone I have ever spoken to about anything. She genuinely feels that it’s her privilege to travel with Lennon’s art and help Ono further her mission of bringing it to the people. 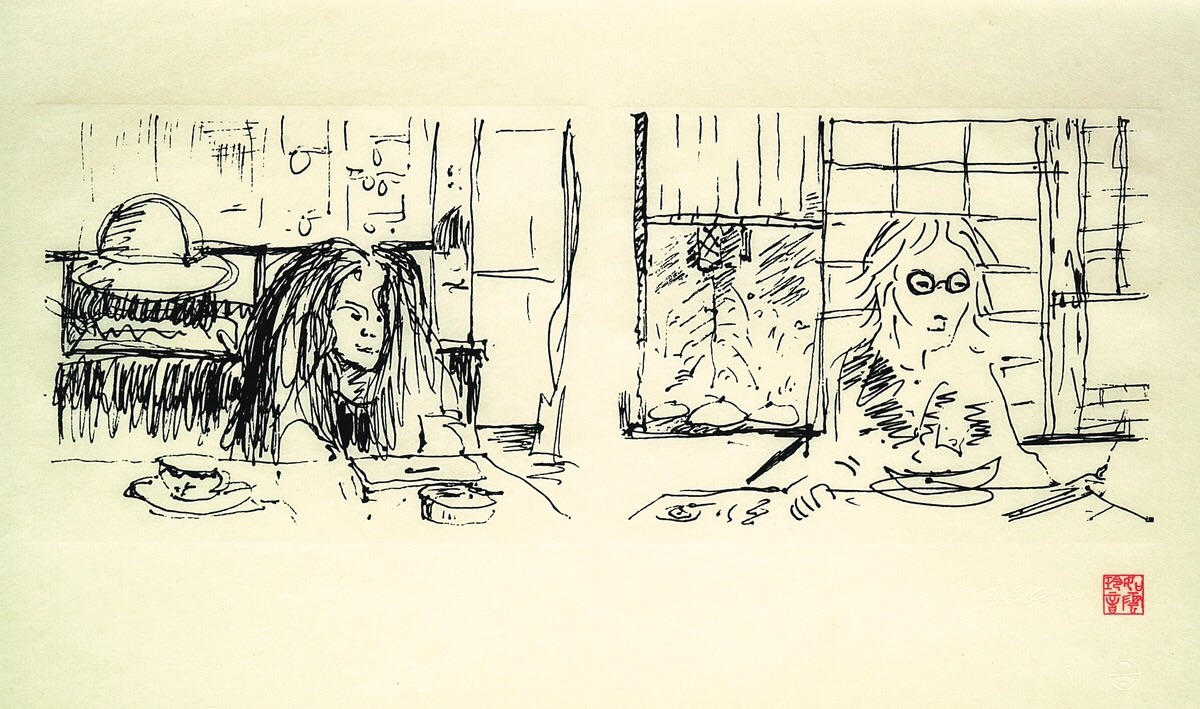 And it’s always free, with a small donation to a charity that the gallery suggests. “That’s all part and parcel of what they stand for and still stand for,” says Clifford of Lennon and Ono. “Always giving back.”

John Lennon began making visual art as a young child–the earliest piece in the Bag One archive dates back to age nine. Always with a sense of humor, always with a sense of play, sometimes with introspection (his own self-portrait, in addition to his music and himself as a person, has become a global icon–there’s a free idea for an academic paper about image and icon for ya!), sometimes with a dark melancholy, and often with an overwhelming love and affection for his wife and their child.

Famous for the stay-at-home-dad period of his life, Lennon spent much of his time during the late 1970s with Sean–who was five at his father’s death in 1980. “To Sean, John was just ‘Daddy,'” says Clifford. “He was John Lennon to the world, but to him–just Daddy.” It’s so simple and obvious when she says it, an answer to a thought I rather inanely said out loud, “I wonder what it’s like to grow up barely remembering your super famous dad and have everyone tell you he changed the world?” 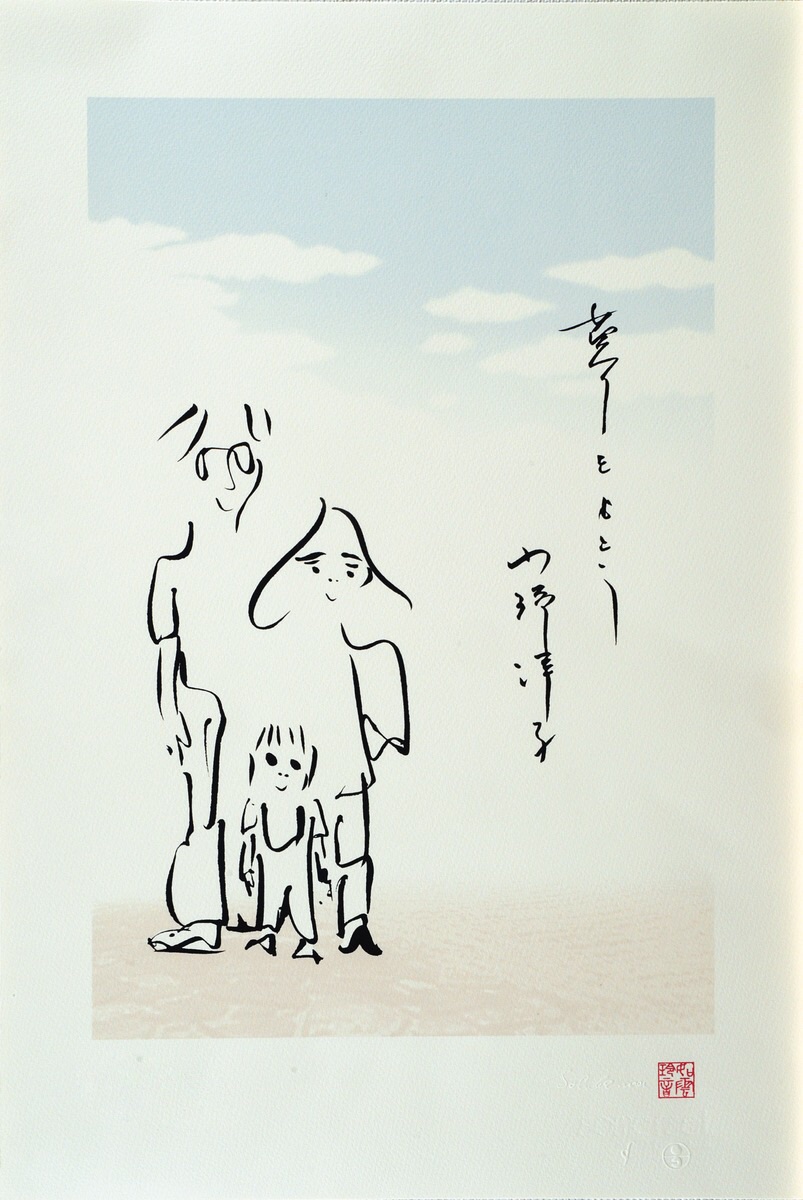 Clifford explains that Ono’s memories of who Lennon was can be found in these pictures (he drew her the original “Bag One Portfolio” as a wedding gift). “He was unashamedly happily to be the first Mr. Mom, and it’s a great thing to be able to show people that if you love someone, let the world know you love them, and spend as much time with them as possible,” she says. “His drawings were done in the spirit of laughter with lots and lots of love.”

The sketches can be seen as autobiographical–a man who is making peace with being a star, a man who is suddenly no longer young (that’s Clifford’s favorite: “Suddenly 38”), a man who fell in love with his family. “Many times, I’ll be at an exhibition and a gentleman will come up to me and say, ‘I came here being cynical and I left a believer.’ You might see one piece and feel sad because of this dynamic man’s sudden end in life, but then turn the corner and see one that makes you laugh.” 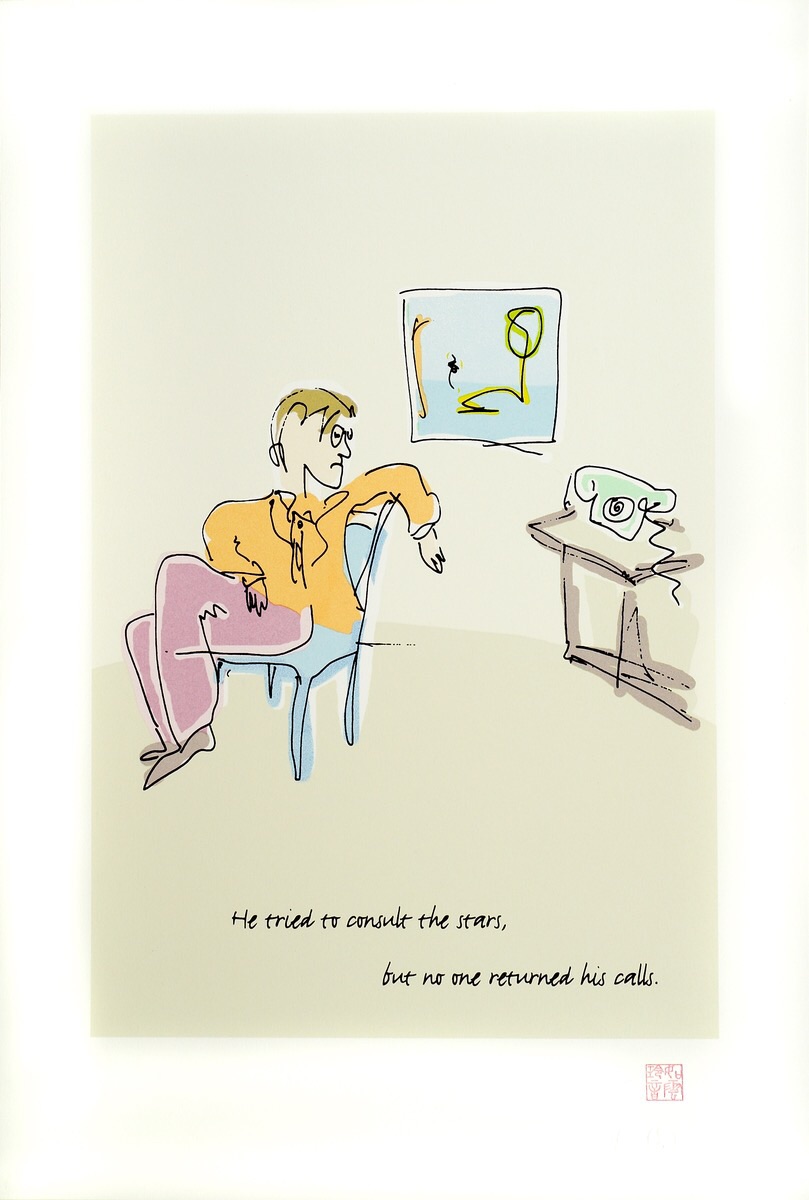 He Tried to Consult the Stars. Copyright © Yoko Ono

But Clifford’s secondary objective, besides answering any questions she can about the art or Lennon’s life, is to bring stories back to Ono herself. Because, as she knows, these images don’t just bring to mind anecdotes in his life–they remind us of moments in ours.

“I can’t tell you how much I enjoy talking to people and seeing the effect the art has on them. And knowing I can go back to share with Yoko as well,” Clifford beams, audibly. “People say, ‘He changed my life, and he’s an icon for me.’  And many people say they ran into him in New York and asked for an autograph, and he did a sketch along with it.2” 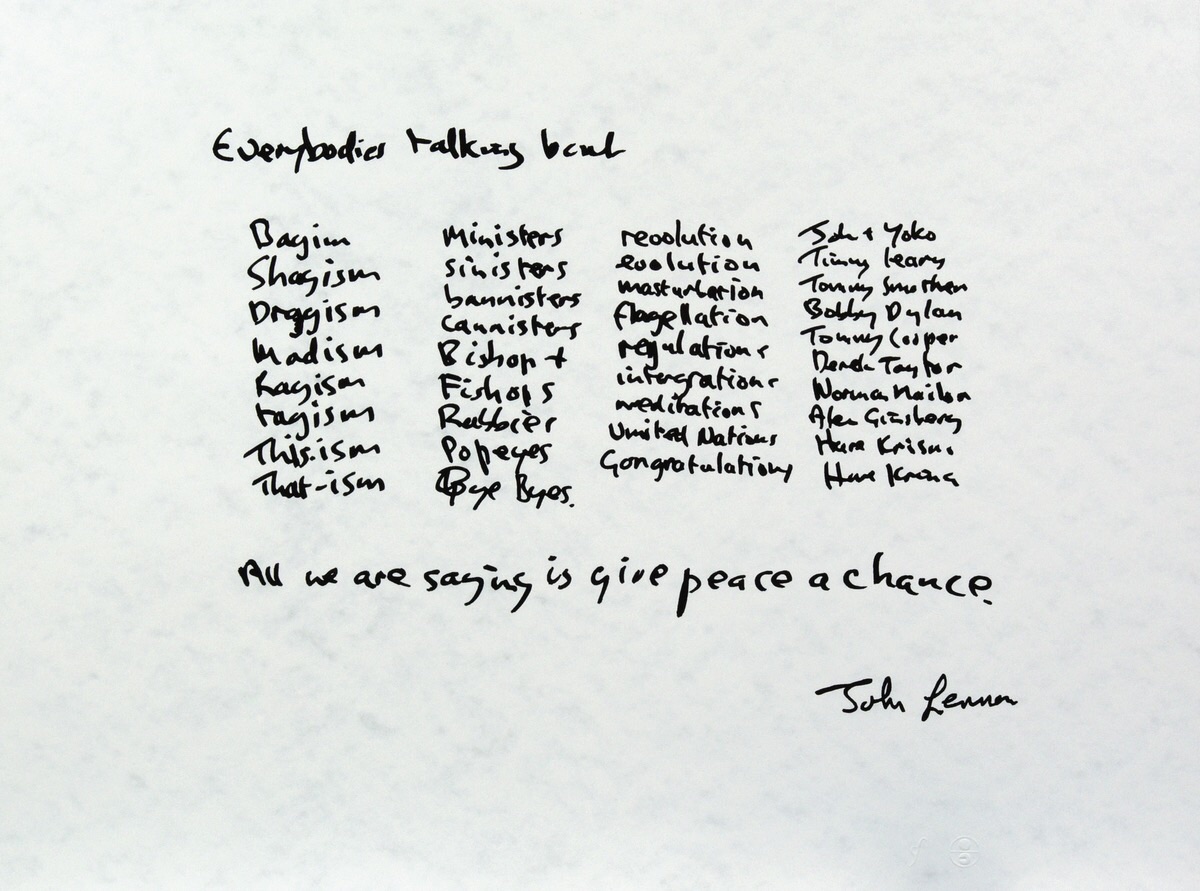 The exhibit, at which Lynne Clifford herself will 100% warm your very soul, will take place at Chasen Galleries from May 7th through May 10th. Mark your calendars and start collecting your anecdotes now.

The Art of John Lennon