Go Do This: American Buffalo

This David Mamet play (put on by Quill Theatre and starring people who are more talented than anyone else we know) runs through November 1st, and here’s why it should be on your calendar.

All photos by Chris Smith and Aaron Sutten.

Can we talk about how much we liked this dang play? We urge you to partake in it!

American Buffalo is a play by David Mamet.

Mamet is a prolific and heavily lauded playwright as well as a screenwriter of such hits as Glengarry Glen Ross (which began as a Mamet play) The Untouchables, Hoffa, Wag the Dog, Ronin, and The Postman Always Rings Twice.

American Buffalo premiered in Chicago in 1975 and hit Broadway in 1977. It’s a three-man show that takes place inside a junk shop, in which three men swirl about each other in a tangle of dialogue that feels super real. There’s an idea that the working class’s speech is beautiful and hypnotic in its own way, and even though the trials of Don, Teach, and Bobby range from completely banal to bordering on the farfetched, they’re treated with similar passion.

It might remind you–in speed and timbre–of an episode of The Sopranos or Mad Men, one of those episodes that you watch and then you think, “I don’t even know what the plot really was about or why someone would bother writing an episode about Meadow Soprano getting along with her college roommate, but not only was I riveted, I felt full and satisfied when it was finished, which was too soon.” 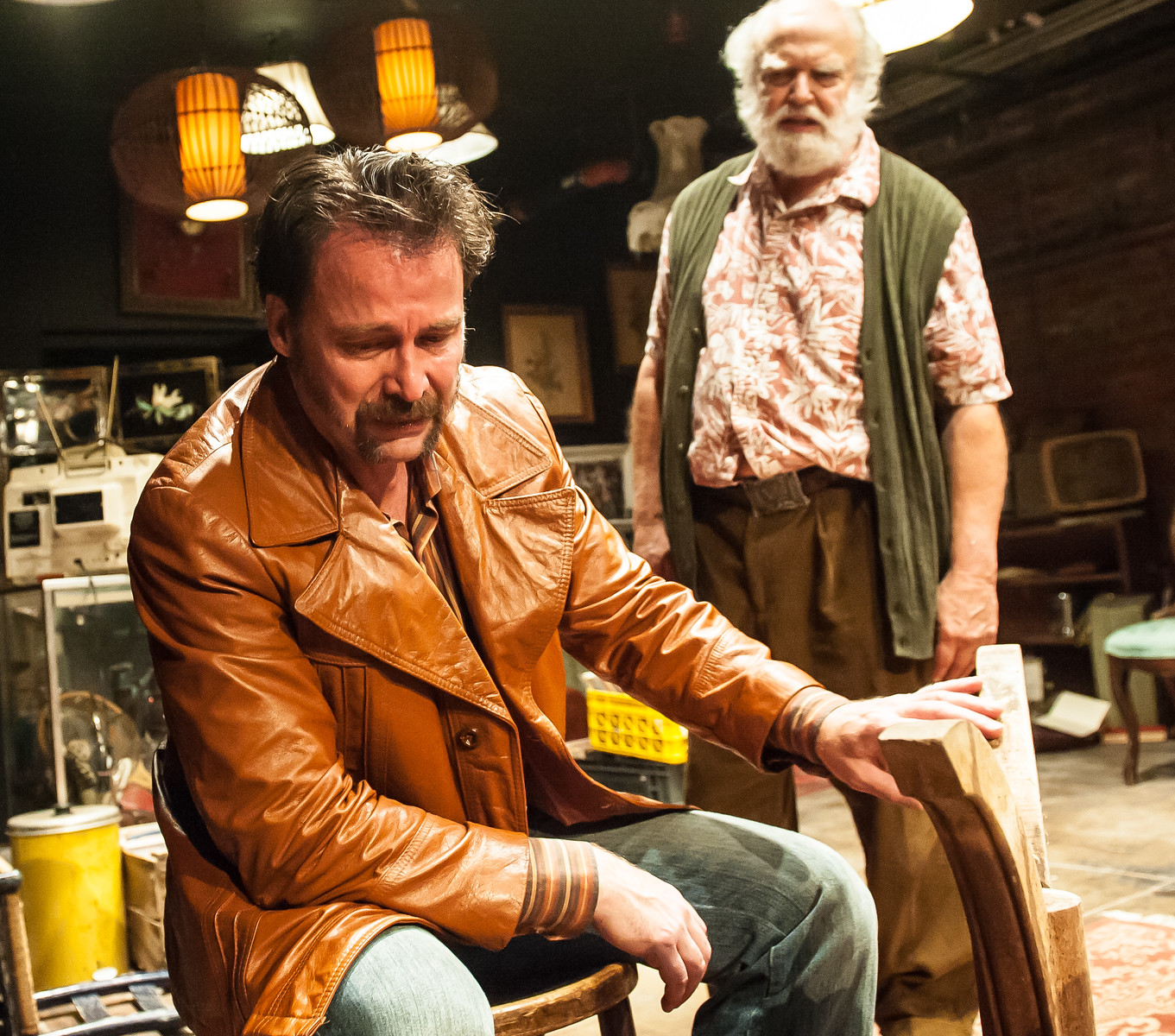 The Basement, on 3rd and Broad (the northeast side of that intersection–that’s an important thing to know), is almost certainly the coolest possible place for this production. I wasn’t alive in 1975, and I thought I knew what it probably felt like because I’ve seen enough movies and have enough photos of my older siblings in my family albums. Quill’s production of American Buffalo puts you IN Don’s junk shop, literally. The door of the Basement is painted with “Don’s,” you’re sitting on mismatched chairs, surrounding the action. The junk all around you is for sale (for real!), and when the gesture up to the street, they’re gesturing to Broad Street proper, which in that part of town still looks fairly mid-1970s in places. It’s eerily realistic–Teach’s sideburns and leather jacket, Don’s tendency to put the receiver down while dialing on the rotary phone (my dad did that, and I had forgotten!), and Bobby’s minute twitches and awkward shuffling.

Here’s the thing, the acting was so good and natural that I’m sure it would have been stellar in all sorts of venues, but being feet away from un-makeupped actors puts you somewhere between movie and play. Film’s big shift for play-actors was that you didn’t have to PROJECT LIKE A BIG BROADWAY STAR anymore. Every little flinch and voice inflection was captured, unforgivingly. Sure, film lets you redo a take, which gives live theater a certain thrill that film will never be able to capture, but a live production where you’re so close you can see the spit fly and the chest heave and the tears flow…where you actually fear for your personal safety when one of the characters wields a golf club a little too maniacally…that’s something special. Particularly when the Something Special’s script is challenging at best. 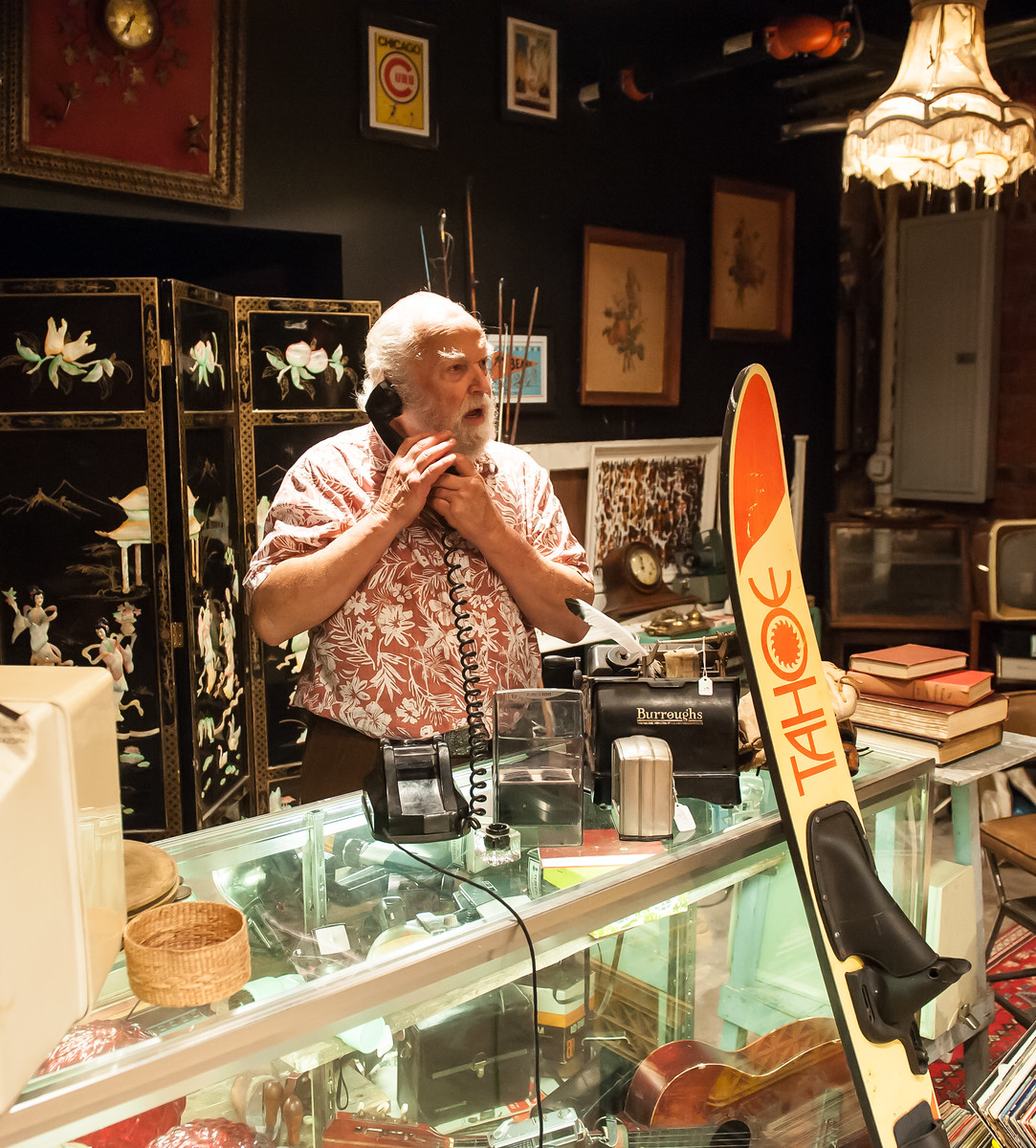 Quill Theatre is my current theatre company infatuation. This merger of Henley Street and Richmond Shakespeare is pulling off seriously great productions of compelling plays. We loved this summer’s Hamlet, which imagined what life would be like if Hamlet was a female prince, and we know that more good things are in store.

Alan Sader, also known as the “face of ChildFund,” is a recognizable personage. Jeffrey Schmidt is recognizable in that he looks and acts exactly like you’d expect a greasy and insecure 1970s lowlife to act. And Jesse Mattes as Bob was so innocent yet still SO dumb and messed up, you just wanted to take him home and brush his hair. Everyone’s Chicago accents seemed impressive enough to me, and their timing…we can attribute that to director Daniel Moore as well.

This production has got to have been difficult to adjust to, and Michael Jarett did an admirable job with the lampshaded lighting design. I thought a lot about Anna Bialkowski’s costumes, in that she had to be on her toes in order to put together stuff that could be inspected on such a close level. If anything had seemed overly worn or, on the flipside, overly new, we would have spotted it. Costumes had to be threadbare to a precise degree, and they were. 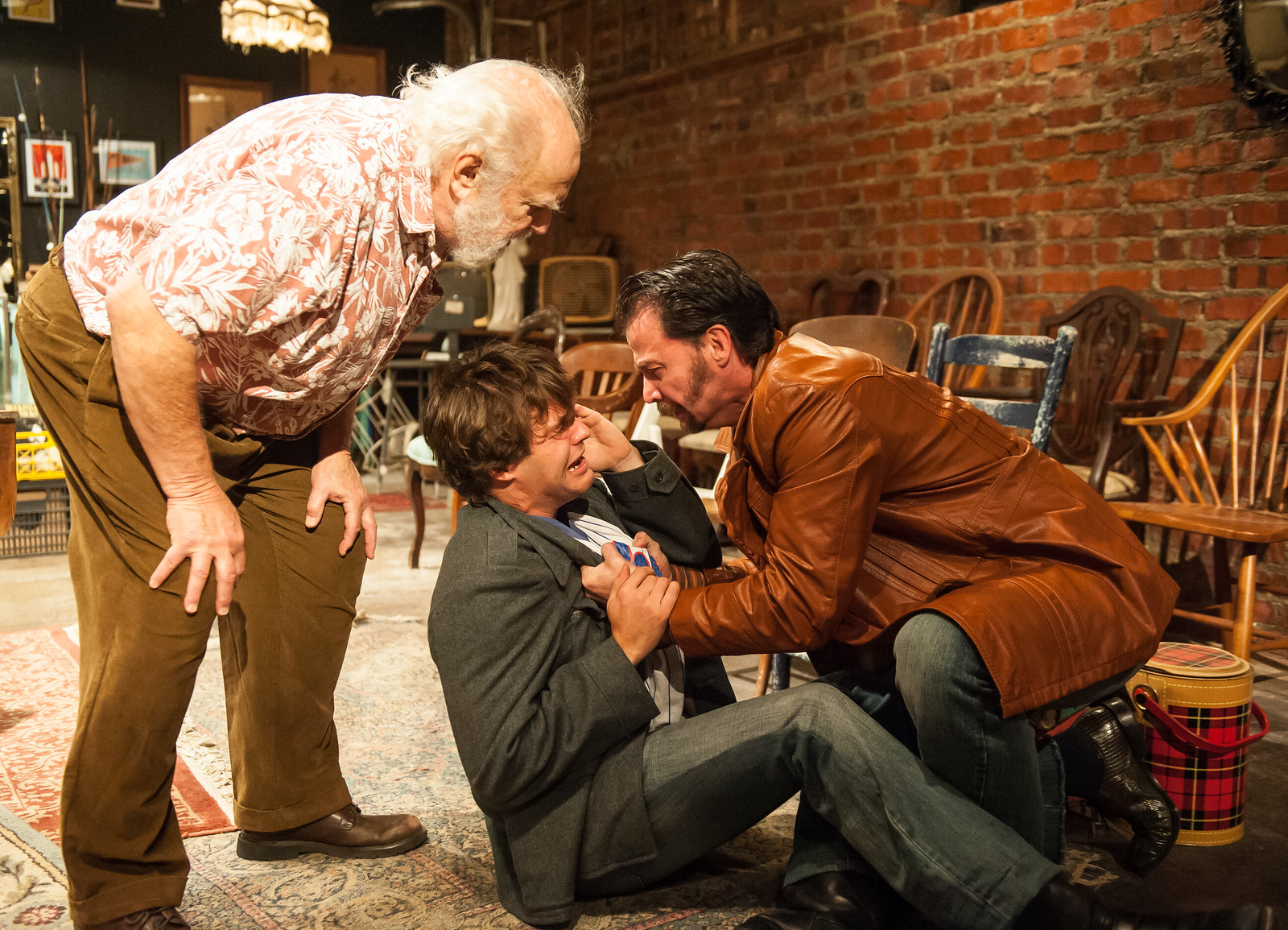 Tickets are $30 for regular ol’ adults, $25 for seniors, $20 for Richmond Association of Professional Theatre members, and $15 for college students with ID.

Free street parking on Marshall, Clay, 2nd, and 3rd Streets. There are also some paid decks nearby.

There’s no wheelchair accessibility at the Basement, which is a huge bummer! Also, the Basement is currently accessible behind construction fences, but you can still get there. There will be an usher hanging around at the top of the staircase to flag you down and tell you that you are in the right spot.

You can buy much of the items that are part of the set! You can also buy wine and beer at intermission. One of those pieces of data may be of interest to you.

Be lacking in one particular area of knowledge: the intersection between loyalty, moral relativity, and the ins and outs of the Chicago blue-collar life in 1975.