The owner of a website devoted to refurbishing and selling vintage furniture has plans to open a Church Hill storefront. Richmond BizSense has an article about Diana Mathews’s plans to open an Era Vintage retail store in Church Hill using a $10,000 grant. She hopes to open the store by March.

You can read more about Mathews and Era Vintage below.

Diana Mathews has one essential criterion: “If I like it, I buy it.”

Motivated by a love of mid-century furniture and a desire to start a business before she turned thirty, Mathews launched Era Vintage in April of this year. Era sells pieces from the 1950s, 60s, and 70s with the goal of making them affordable to most. While she admires stores like Metro Modern, the store’s high prices put most of the items beyond her financial reach. Mathews wanted a store with a similar aesthetic but that could cater to a broader demographic of buyers. “Richmond didn’t have a place like that.” She drew from her experience in retail to create one. 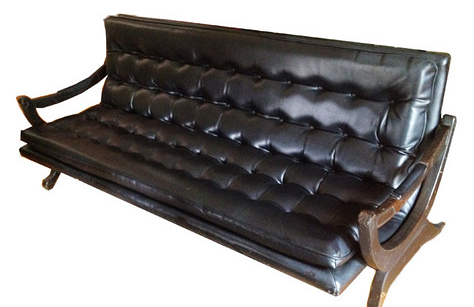 A resident of Church Hill since 2004, Mathews worked as gallery manager at Quirk from its opening in 2005 until shortly after launching Era. One of the biggest, and most useful, takeaways from her experience at Quirk was managing the site’s online store. In 2009, she participated in a “pop-up yard sale,” and after that started to more seriously collect pieces, working towards the beginnings of her own business. She finally decided to go all-in earlier this year.

It took two months to hire a web designer and to procure the necessary licenses and permits; Era went online April 1st. She’s taken out no business loans (“everything I have I own”) and found a willing partner in her mother (she’s been a “huge asset”). Mathews has planned steady and incremental growth for Era. It’s “essentially, the only way I can do it risk free,” she said.

Initially she featured 100 items, but it’s since tripled and will likely continue to grow. Although currently limited to either shipping merchandise, onsite pick-ups, or select in-town deliveries, within a year Matthews hopes to have a storefront in the city. “I’d like to be in the East End.” Ideally, she wants to be in part of Richmond that’s “growing into itself,” like Church Hill or the newly created Arts District. “I’d like to think I can bring people to me if I can appeal to them.” To further Era’s reach in the meantime, Mathews uses social media. 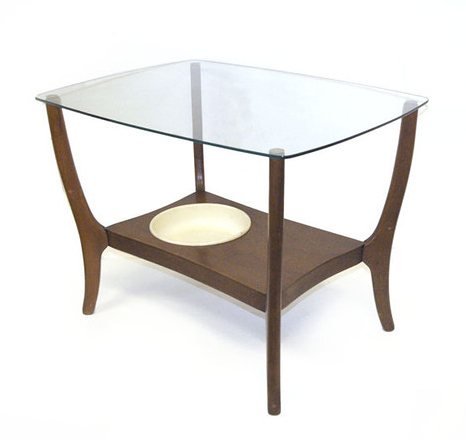 “Social media is how I built Era before the site was launched.” She said that Era’s Tumblr is one of her most dependable sources of traffic, as is their Facebook page. She also regularly tweets about new items and has found unusual success with Instagram.

Most use the photo-based social network to share retro-filtered personal photos, but in Mathews’s case the service has been a boon for business. When she comes across an item that she intends to sell, she will post a photo of it to Instagram. She said that customers have been known to see an item on Instagram and immediately contact her to purchase it. “What better free way to advertise than that?” While Era’s principal demographic is the Richmond area, her adroit use of social media has landed her sales in Newport News, New York, and New Mexico.

When asked about leaving her full-time position at Quirk to invest in Era, she said the proposition was “terrifying.” Gone was the “same comfortable routine” that she had built for nearly seven years. “I don’t know what’s going to happen, which is scary,” she admitted. “But it’s also thrilling.”