Epic 27-hour dance party for a good cause

Care to dance? For 27 hours straight? That’s what 900 students will do to raise money for local charities. “A majority of those 27 hours are spent actually dancing, but there are other activities like air bands, frozen t-shirt races, limbo, and a dance-off, that keep things interesting,” said Deep Run senior Alex Morgan. “It’s not like homecoming or prom because each student that comes is required to raise at least $120 to attend.”

Nonprofits benefited by this year’s DRMD

The DRMD began in 2007 as a way to change both the image of Deep Run High School and to help its surrounding community. Participants raised $70,000 that first year. The dance event has since become one of the most successful of its kind in the country.

“It has evolved into a community-wide event that is the second highest money raising dance in the country, behind…the South High Marathon Dance in New York,” Morgan said. “Last year, over 700 students attended and we raised over $250,000.”

Since beginning, the DRMD has cumulatively raised $863,000 for 67 local organizations. This year, organizers want to push that total over the $1 million mark.

Morgan–who will dance in this year’s event just as he has in the previous two–joined the DRMD committee last year.

“After going through the process of planning this dance, all of the fundraisers, the decorations, and everything else that goes into the dance twice now, I feel the dance is something bigger,” he said.

“I have had the chance to physically see the people the money we raised is helping, which makes the dance feel so real. Dancing at DRMD is the highlight of my year because you can so tangibly see the change in the Richmond community directly caused by DRMD” (see sidebar).

Dancing spots are limited to students, but Morgan said others can donate to DRMD on its website. Corporate sponsors are also encouraged to reach out.

Several fundraisers have also been scheduled in the weeks leading up to the event, where at members of the public can donate to DRMD: 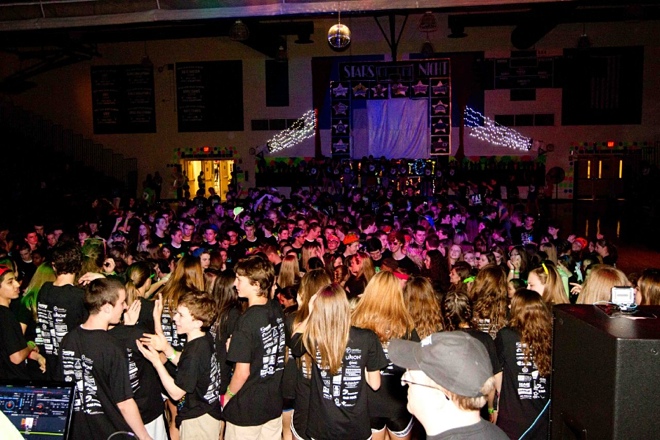