A new exhibit puts comic art on a pedestal, just in time for a global event that will inspire thousands to create a comic book in 24 hours. In March 1948, American columnist and writer John Mason Brown said that comic books were “the marijuana of the nursery, the bane of the bassinet, the horror of the house, the curse of the kids, and a threat to the future.” He couldn’t have been more wrong.

To Brown’s posthumous chagrin, comic books have become a mainstream art form. Beginning this Friday, Gallery5 will kick-off its eighth season with an exhibit devoted to the art. The exhibit will feature over 75 works by 25 local and national artists, many of whom have appeared in Marvel, Disney, DC, Dark Horse, Image, First Second, and AdHouse Books.

“We want for our audience to better understand the amount of effort that goes into illustrating a comic,” said Bizhan Khodabandeh, co-owner of Gallery5 and an organizer for “&@$#! An Exhibition of Comic Artists.” Most of the work will be the original pencil and ink illustrations.

“There is something more tangible about seeing coffee stains on an inked or penciled page,” said Khodabandeh, illustrator for the recently released The Little Black Fish. “You don’t get that same impact after the work has been shrunk down and digitally printed. I have already seen a lot of the submitted works in person and you will be amazed to see the amount of skill that goes into each page.”

The exhibit will also coincide with the 24-Hour Comics Day, a global event that began in 2004, it challenges writers and artists to create 24-page comics within a day. “I wanted to attempt the 24 hour challenge myself, but have never seen or heard of something like that happening in Richmond,” said Khodabandeh. “So instead of waiting, I decided to initiate the process and get it going in Richmond.” This year’s event takes place on September 8th at 9:00 AM, with Gallery5 hosting an RVA meet-up.

“We are inviting anyone to come by to take a look at what the artists are doing during the event,” said Khodabandeh. “As for its relationship to the exhibition: It was the starting point and another opportunity for our audience to better understand the comic-making process.”

Tom DeHaven, VCU professor and author of It’s Superman!, has taught comics since 1986. “There’s no denying that comics are being appreciated as ‘serious work’ (if not serious art) a great deal more than they were just 20 or 30 years ago.” He’s seen the growth first-hand.

In the mid-1980s, newspaper comic strips interested his students. By the early 1990s, however, the release of Maus, Watchmen, and The Dark Knight Returns ushered a new era and appreciation of the comic form.

“Ever since then, my classes have been composed less and less of students with an abiding affection for corporate superheroes; the interest has switched to cartoonists like (R.) Crumb and (Art) Spiegelman, Dan Clowes and Adrian Tomine, etc., creators who make and own their work, the way novelists do.” It’s this sort of work that will be on display at Gallery5, one of several new exhibits and events planned for its upcoming season.

“We are working to provide more free-to-the-public events and event series to our community as well as put more attention back onto our visual art exhibitions and special one night only events,” said Amanda Robinson, Gallery5 executive director. “We have several new partnerships with performance groups and local businesses and look forward to expanding the demographics of our audience members to provide more diverse programming to the community.” 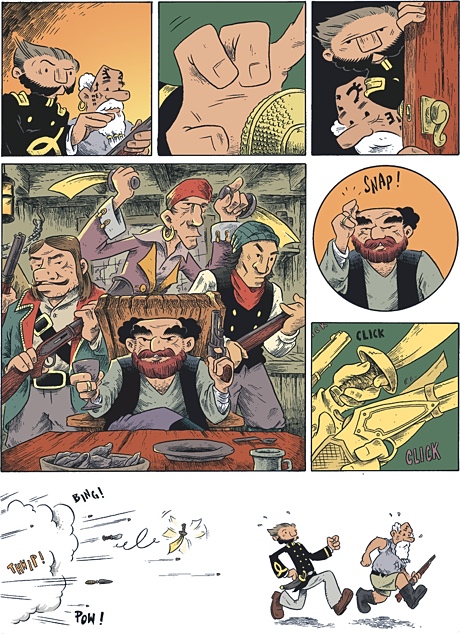 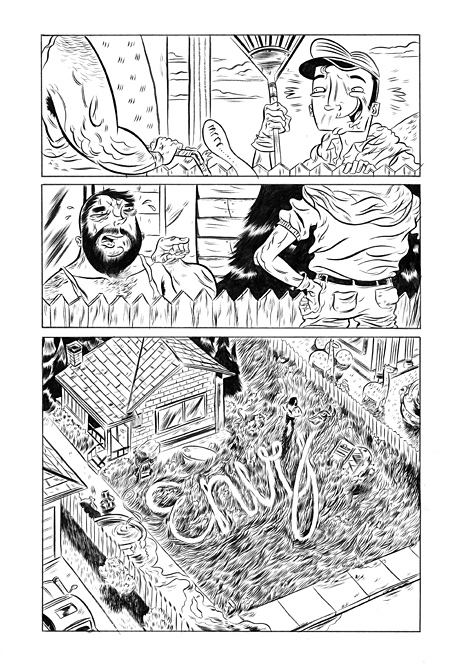 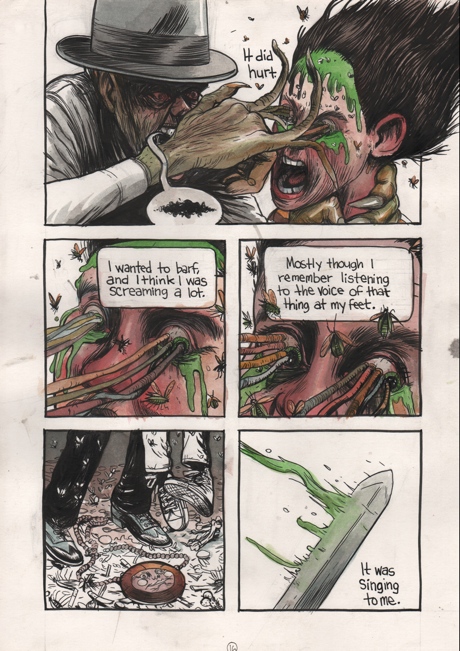