Prints from several RVA artists will be on sale to help the family of an esteemed artist and VCU professor who passed away from cancer last year. Richmond artists will create new work to sell as part of an upcoming benefit for the children of deceased and beloved artist Kerry Talbott (see below) who died of brain cancer in October 2013.

Organizers will print custom art on 11” x 17” posters that will be available for purchase for $20. “Kerry’s family gets all the money after costs,” said Godfrey, who hopes to raise roughly $12,000. “If this [fundraiser] goes well, it’s something we’ll keep doing. I could see doing a new series of six posters every six months or so.”

Among the artists who’ve contributed original work for the benefit (see images below): 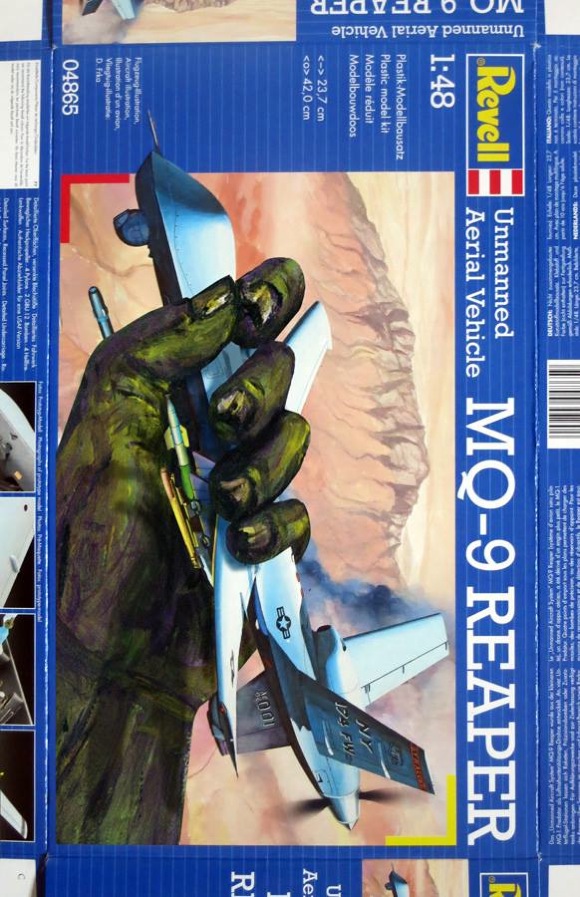 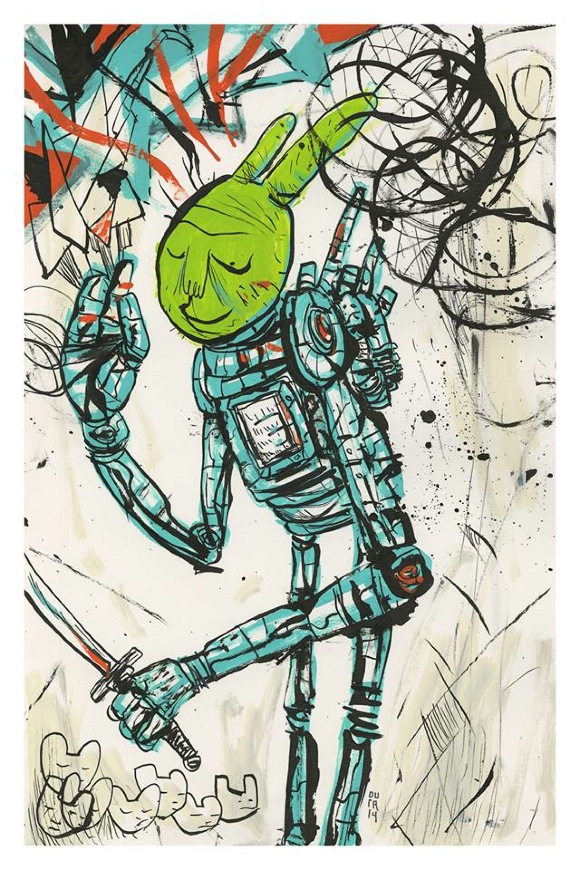 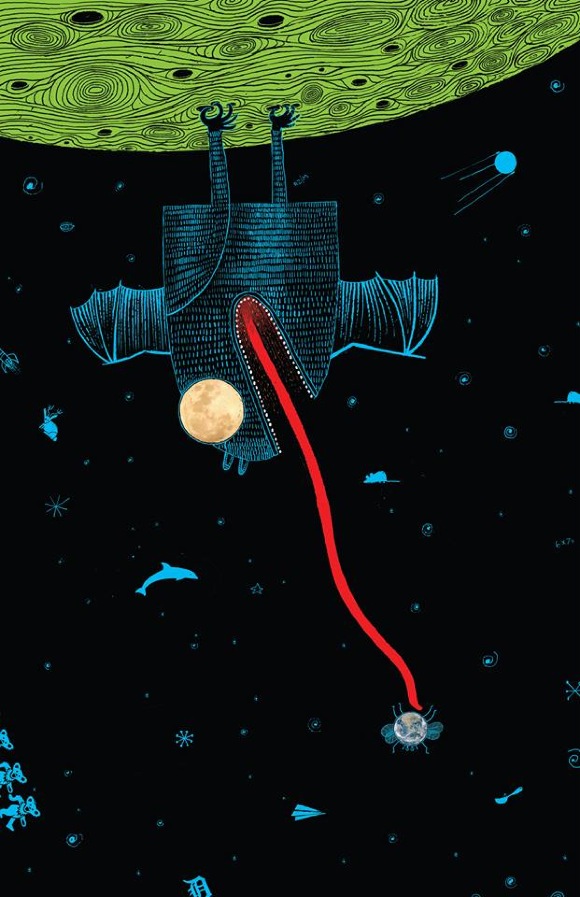 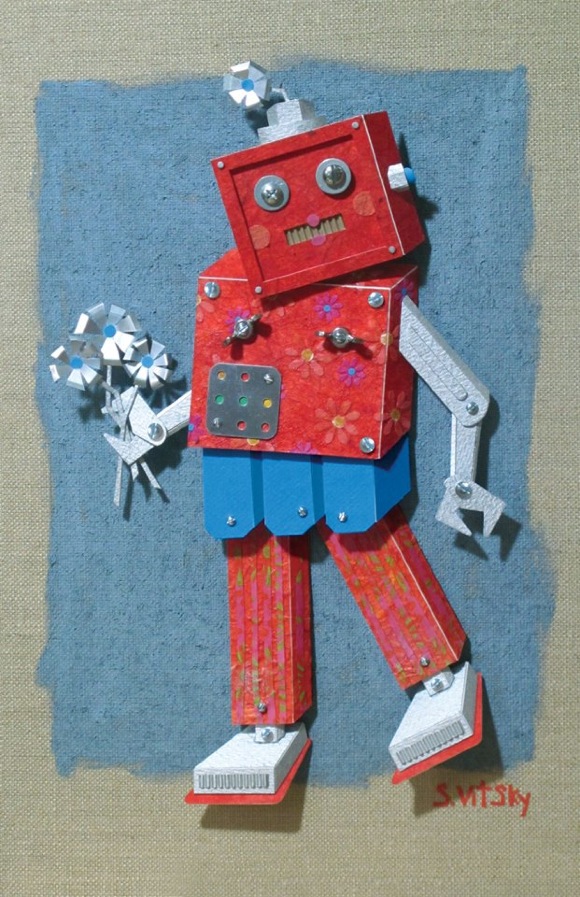 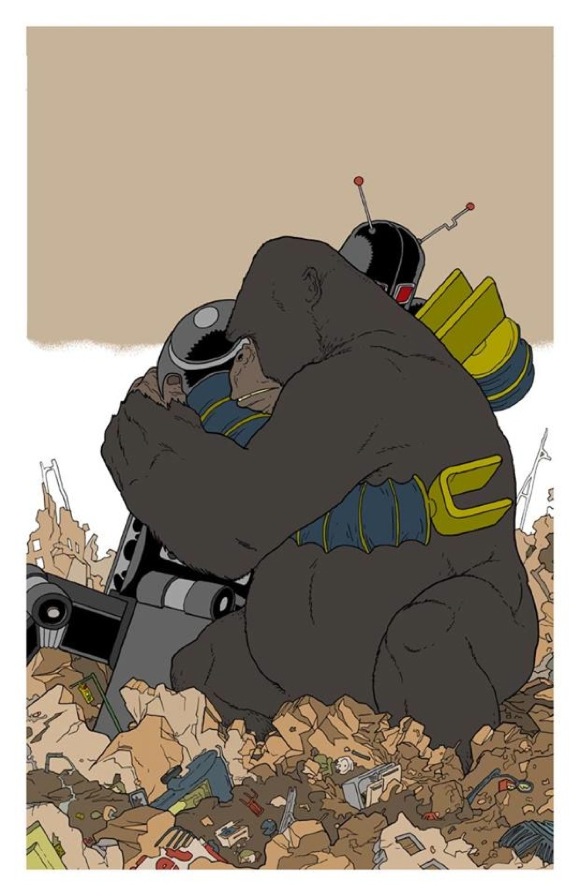 It’s Christmas Day, 2010. Kerry Talbott puts on a pot of coffee. It’s the only time in the entire year that he makes coffee—his wife thinks it’s strong and undrinkable. But it’s Christmas, and Kerry makes coffee every Christmas. This year is different in one way: a few hours from now he’ll be told that he has a brain tumor.

Later in the day, he sits on his couch to watch A Christmas Story. What happens immediately after that is anyone’s guess.

“The next thing I remember is I’m being lifted by the rescue squad” into an ambulance. In between the opening scenes of A Christmas Story and awaking next to an ambulance, Kerry suffered a seizure. After being in the hospital for a few hours, he’s told that he has low-grade glioma. “I wasn’t sure what it meant.” It’s a type of tumor that sprouts on either the spine or the brain. What it meant to Kerry was that he had one growing under his skull.

Surgeons performed a full resection three days later. The operation went well, but Kerry had another seizure on January 12th 2011. The risk for lingering tumorous micro fibers required Kerry to begin chemotherapy in February of that year. Most of these medical procedures and attention would have been paid by his health insurance. If he had it.

Kerry was an in-house artist for the Richmond Times-Dispatch for over twenty years. The financial straits in which the local paper found itself necessitated reductions in operating costs. One of the reductions happened to be Kerry’s job. He also lost his health insurance. “I’ve still got some fairly large debts to settle” said Kerry.

A local artist who has also served as adjunct instructor in VCU’s Department of Communication Arts for ten years, Kerry’s talent as an illustrator, teacher, and friend has made him well-liked by many of city’s best and brightest artists. In two weeks, the crème de la crème of the city’s art world will raise money to help their friend and colleague. The genesis for the idea? Came inside a comic book shop.

Kerry had lost a full-time position. He had a mortgage, a wife and two children to support, and five figures worth of medical expenses. “I can’t even fathom that” says Patrick Godfrey, owner of Velocity Comics.

Patrick studied under Kerry in the late 1990’s. “He knew how to make people better artists,” says the comic shop owner. The two remained friends after their class ended. Speaking of his friend and former instructor, Patrick said that he was both “super nice” and a “super fantastic artist.” Unfortunately, not always a common combination. In addition to his professional role with the Times-Dispatch Kerry also contributed to Virginia Living, Richmond Magazine, along with DC Comics, Penguin Books, and The Weekly Standard. On teaching days at VCU after beginning chemotherapy, Patrick would drive Kerry to campus. Kerry was unable to drive himself because of the risk of having another seizure.

Several months ago, a recent student of Kerry’s, Nat Nelson, was in Velocity Comics. Nat and Patrick began talking and Kerry’s name came up. Nat suggested that Patrick should put together a fundraiser to help the struggling illustrator. Patrick agreed. He has taken on the duties of full-time organizer, but Patrick is by no means alone. He has the help of “a lot of Richmond’s A-list” artists.

Local muralist Ed Trask, “Richmond Monuments” creator (and RVANews contributor) Bizhan Khodabandeh, and New York Times and Rolling Stone-commissioned artist Sterling Hundley are just a few of artists that have offered their work to be used in an upcoming silent art auction to benefit Kerry Talbott. Other artists include Reilly Brown (who has worked on Marvel Comics titles Hulk, Amazing Spider-Man, and X-Men), Josh George, and Jim Callaghan. (You can look at several pieces that will be available for auction here.)

Patrick said that he currently has about forty pieces that have been submitted, and he’s still “getting about a piece a day.” All told, he anticipates roughly 70 artists will submit work for auction. Ghostprint Gallery has gifted their space, free of charge, and Uptown Color has provided the event with free color posters.

Not only will art created by local and national artists be up for sale, but Patrick will also debut a new Velocity Comics t-shirt designed by Kerry Talbott. When asked about the support that his cause has received, Kerry’s nearly speechless. “I can’t even describe it,” he said. “It’s pretty overwhelming.” While it’s overwhelming to Kerry, it’s unsurprising to Patrick. “Everybody loves Kerry Talbott.”

To see so many artists and former students get involved “makes me feel like I did something right.” Kerry insists that he wants the event to favor celebrating the art and artists participating–not a pity party. “I want everybody to have a good time.” Despite his leanings toward a festive atmosphere, Kerry remains sure of one thing when he sees the amount of support and money colleagues, students, even strangers have donated.

Artmission: Art Auction Benefit & Party for Kerry Talbott will take place on Monday, April 30th at 7pm at Ghostprint Gallery. Admission is $10. Art pieces will be silently auctioned throughout the evening. All proceeds from the event will benefit Kerry Talbott.