Two VCU students are making the rest of us look lazy—oh, and they’re also giving adolescent kids a chance to explore their artistic talent, learn a lot about their community, and work on some collaborative skills. I checked in with Helen Westergren to see how Art^2 was going. Looks like it’s moving right along. I believe I can see some bonding, some learning, and some young lives being enriched. Don’t forget to stop by Saturday to see what the kids (along with Westergren and Elisa Rudolph) have produced! 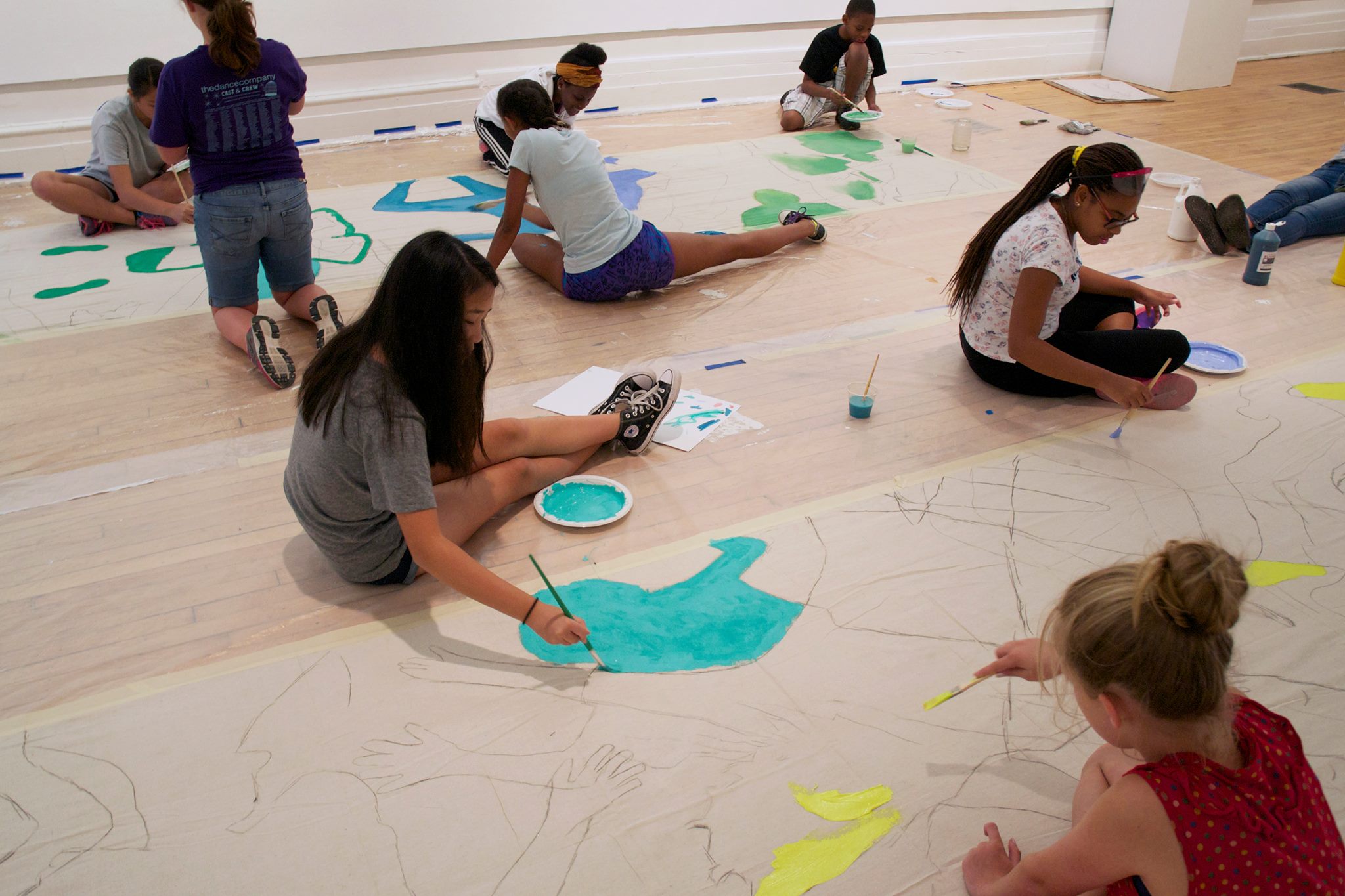 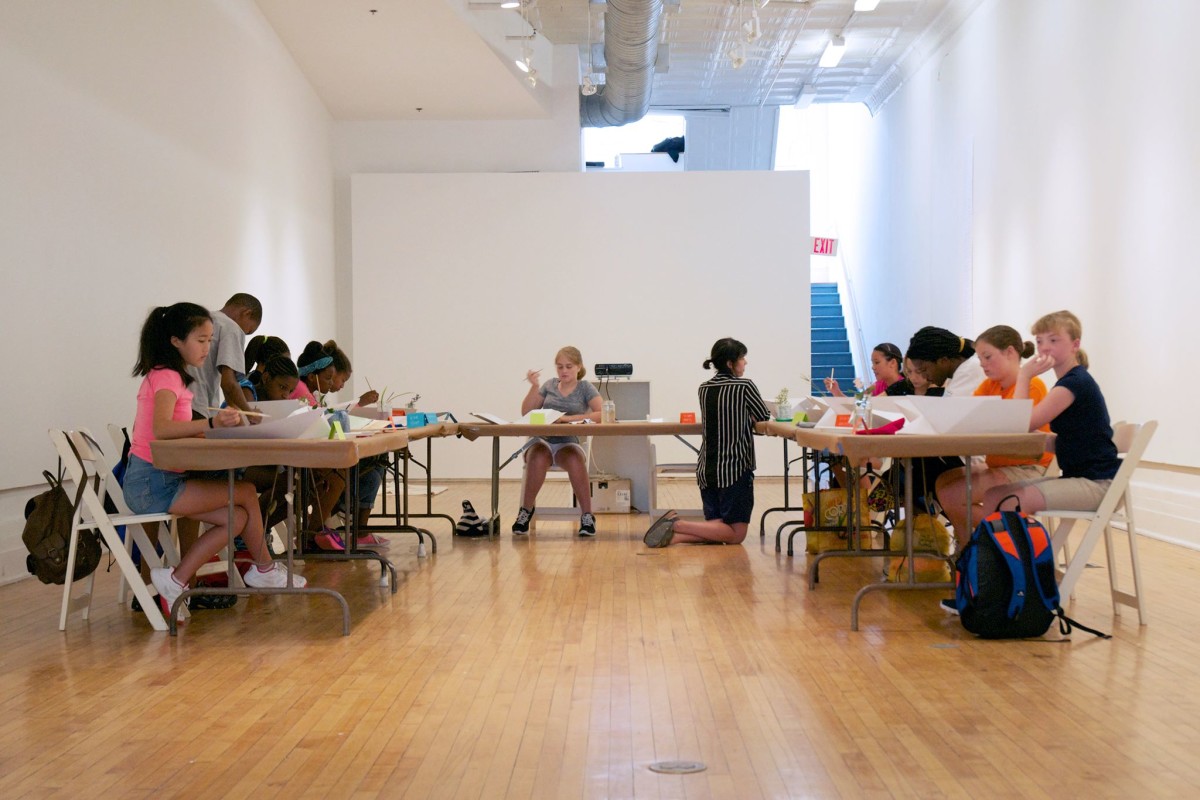 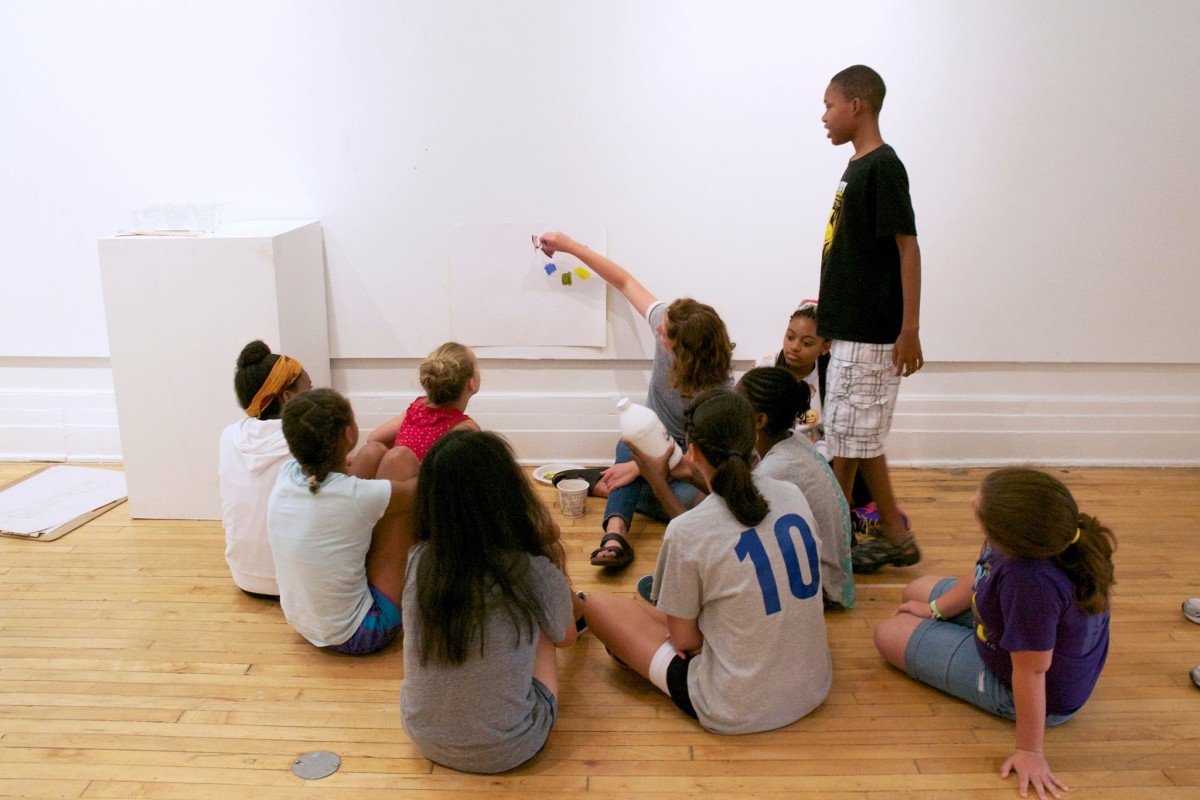 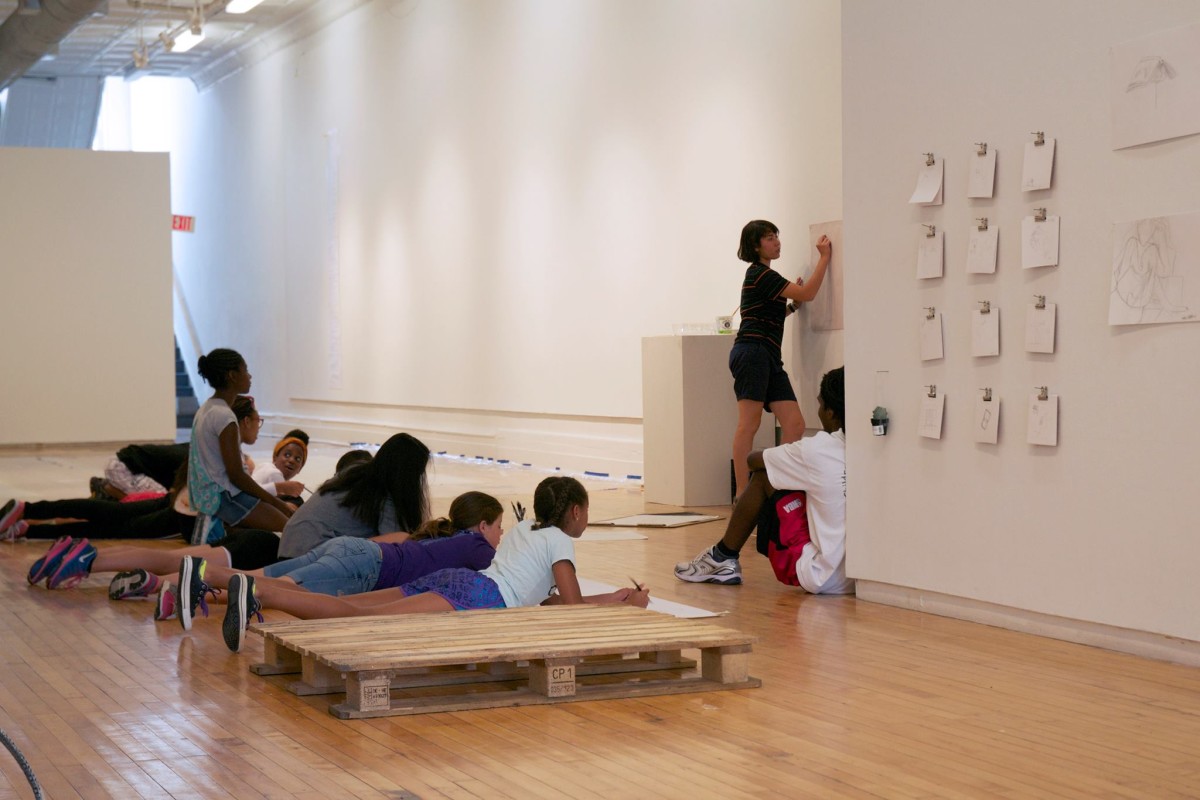 Helen Westergren and Elisa Rudolph are both VCU double majors, entering their junior year–they both think a lot about how art can better engage a community instead of being an outlet for one individual. And they both are obviously addicted to working really hard.

This summer, they’ve gotten the go-ahead from VCU Discovery to host their own week-long day camp for adolescents in grades 6-8. It’s all going down this week, as part of 1708 Gallery’s 10 x 10 series.

Rudolph, who’s majoring in Urban Studies and Elementary Education, wants to give middle-school-aged children a chance to do some self-directed art as well as collaborate with others. “A lot of times in public schools, you’re not really around other kids who really care,” she says. “But we’re hoping every kid who comes here does have a specific interest in the practicality of art.”

The campers will represent 13 schools from all over the metro area. When I met with Westergren and Rudolph a couple of hours before they would meet the kids for the first time, they were, understandably, a little bit nervous.

The two met while going through VCU’s Art Foundation Program, where they took a class in participatory art, taught by Hope Ginsburg. The class’s message–that art has a place within community–was something neither had really thought much about. To them, art was more of a solitary thing–time in a studio, finding your style, etc. But now, the world seemed to open up.

It was then that Rudolph added Urban Studies to her own curriculum plan, so she could focus outwardly on her community.

As Westergren puts it, “In the past two or three decades, there has been a lot of change in the art world. People are doing a lot more socially cooperative art…We wanted the lines of authorship to be blurred.” She’s worked with kids in detention centers, and feels strongly that young people of this age are going through a time when they want to do something individual, but also are interested in learning what the world is about.

On Monday, they started the young artists out with an individual project, and hope that over the course of the week, they’ll begin to understand how liberating it is to be able to use a gallery like 1708 as their classroom space. “We just want them to appreciate how big this is,” says Westergren. “We want to show them, ‘This is YOUR work. Up here. On a gallery wall.'”

Rudolph adds, “And even if they don’t appreciate it at first, they could walk in on any First Friday and say ‘I did this. I was here for five days!'”

“You never hear what middle-school-aged kids think about things like galleries. Why they go or why they don’t,” says Rudolph, and we all reminisce for a few minutes about how confusing a time it is in your tween brain, and what it would have been like if someone had bothered to ask us what we would do with that kind of opportunity.

Westergren spent last year interning at 1708, and she felt very connected to its community-engagement mission. And, like Rudolph, she’s shifted her own art focus to look more at how it can include her chosen community. By the end of the week, it’s entirely possible (and even probable) that both women will have learned just as much about more practical ways art can influence others as the kids they’re teaching will learn about their own artistic talent.

At the completion of class on Friday, the gallery walls will be filled with the products of their individual and group efforts. ART2 invites you to come by on Saturday to see the final results, talk to some of the artists, who will (ideally) be there, showing off their work to their families.